Alvaro Fidalgo Fernandez, better known as Alvaro Fidalgo, is a Spanish football player currently signed for the Liga MX club América. Besides, he wears jersey number 8 for his fellow club, and the footballer has the professionalism in attacking midfield. Additionally, Fidalgo stands at 5 feet 9 inches tall.

Moreover, Fidalgo is a pro-level football player born on April 9, 1997. Further, Fidalgo always had a keen interest in the football vocation, and playing for the Condal; he made his youth career debut. Playing for the Spanish national team, he appeared in events including Under 16 and 17.

When Did Alvaro Make His Professional Career Debut?

The successful Spanish footballer Alvaro has been active in football vocation since a young age, and as a youth, he played for clubs including Condal, Oviedo, and more. So he came into the limelight after making his professional career debut in 2016. In 2016, the Attacking midfielder signed a contract with Real Madrid B and played for the club for about four years; later, the player was loaned to CF Rayo Majadahonda for the season. Likewise, on August 25, 2020, Fidalgo signed a three-year contract with Segunda Division and appeared in more than 20 matches representing the club.

In addition, he joined the American Professional football club America on loan, and on February 1, 2021, some months later, he signed a four-year deal with the club.

The young and talented footballer Alvaro Fidalgo has a million-worth net worth and exploring his long and successful playing career, he enjoys a net value of $500,000. Further, Fidalgo is reported to earn £208,000 annual salary playing for the club, America.

Undoubtedly the professional is among the high-paid players like Gavi, who enjoys more than a million dollars in salary. As we know, football is his primary source of income; however, Alvaro might also add notable money into his name from other sources like endorsements and paid promotion, but he has never made an open announcement regarding the topic.

Is He Dating Or Single?

The Spanish Football player, Alvaro Fidalgo, appears to date his long team partner, Pilar Sanchez. He is not open regarding his lovelife, and Alvaro would rather keep his personal life away from the public than keep it as an open book. 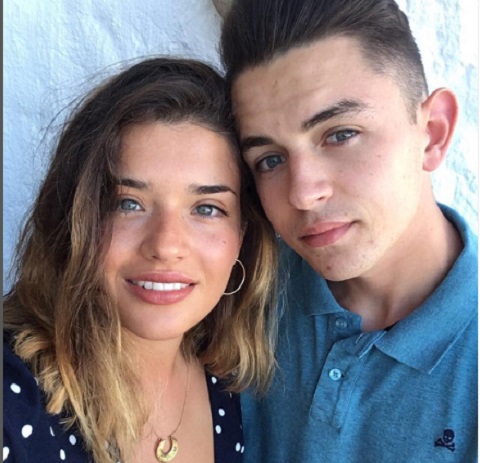 However, he has shared a few pictures of his partner on his instagran handle where we can see the lovebirds enjoying their free time. Additionally, most of his fans are also wondering about the wedding, as they seem more than excited to see the couple as husband and wife.

When the topic is about his lovelife, Alvaro is a private guy and barely shares posts mentioning his partner. Also, explore Dani Olmo's lovelife and bio, a famous Spanish football player.

Born in 1997, the pro-level footballer Alvaro celebrates his birthday on April 9. Furthermore, he grew up in Siero, Spain. The complete insiders into his family life are not accessible now, and we have no details on whether he has siblings.

Concerning his birthdate, Fidalgo's birth sign is Aries. In addition, his grandfather Rafael was also a pro-level defender for UP Langreo, Real Oviedo, and Caudal Deportivo.