Pablo Martin Paez Gavira, known as Gavi, is a professional football player from Spain whose position is a central midfielder and is associated with La Liga club Barcelona. The young footballer grabbed the attention of the global football-loving public with his amazing playing skills. Gavi has been with the Barcelona team since joining the club on July 1, 2021.

Apart from being an essential player in the club, Gavi is also a national player who represents the Spanish national team. Furthermore, Gavi made his debut for the national team by participating in the UEFA Nations League semi-final in a match against Italy. Also, Gavi became the youngest player to represent the national football team of Spain.

Does Gavi Have A Girlfriend?

The young football player is currently focused on his career, and rather than getting involved in a romantic affair; he is working hard to make his career look marvellous. Not only that, but Gavi is also young to get involved in a relationship with a girlfriend. So, it can be said that he is leading a single life and is doing pretty well in his career too.

Till now, Gavi has not been involved in any rumours or controversies regarding his love life. From this, it is believed that Gavi is of a private nature and rather than exposing his personal details to the tabloids, he likes to keep them far from the public domain. 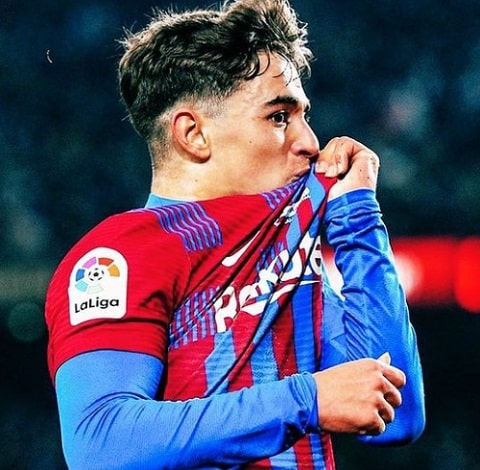 Gavi is associated with the Barcelona team SOURCE: Instagram @pablogavi

Apart from that, Gavi is a family person, and we can say that he adores disbursing time with his family during his relaxation time in personal. Moreover, we may get some updates about his relationship status in the future as Gavi's fans and supporters have been keen to know about his love affair for a long time.

So, to get updated on Gavi's lifestyle, we can follow Gavi on Instagram under the username @pablogavi, where he also flaunts his lavish lifestyle.

Being one of the most noteworthy players in his team, Gavi indeed takes home a decent profit. According to Forbes, he earns a measly €100,000 ($107,000) a year. The same report says that he is the lowest-paid regular first-squad player after smashing through to the senior fold at the beginning of last season.

Despite that, Gavi has played an important role in helping the Barcelona team to win various games and has also received some cash rewards. So, we can say that Gavi's bank balance is pretty impressive; all credit goes to his professional football career. 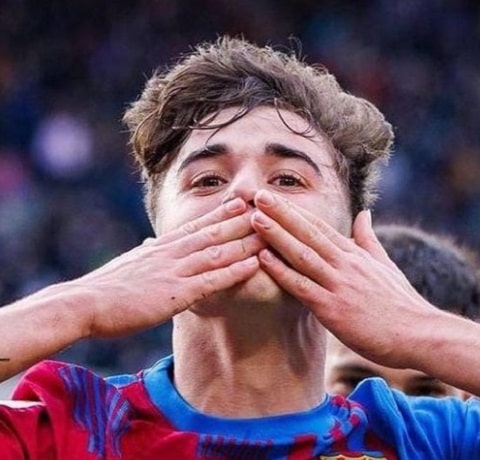 Gavi makes money from being a footballer SOURCE: Instagram @pablogavi

According to Transfermrkt, Gavi's market value at the time of this writing is €60.00m. On the other side, Sports Brief says that the professional footballer lives a lavish life having a massive net worth of around $1 million to $5 million. Moreover, Gavi has been overly discrete regarding his assets. At such a young age, Gavi enjoys a lavish life as he has accumulated a massive fortune from his profession.

Besides that, Gavi also makes money from sponsorship and endorsement deals. Furthermore, his income is expected to get increased in the future as Gavi is still giving his best and playing football actively. A Spanish Football player David Gavi who plays for plays for Premier League club Brentford and the Spain national team has a net worth of $10 millon.

You may read: Sergi Darder

In 2015, Gavi signed a deal with Barcelona, and during that time, he was just 11 years old. Later in September 20202, Gavi signed a professional contract with the Catalan club. After that, he was promoted directly from the under-16 team to the under-19 squad. And on February 21, 2021, Gavi made his debut for Barcelona B. Furthermore, he was featured in Barcelona B twice in the 2020-21 season, and later, he was promoted to the senior squad for pre-season friendly games with the first team. 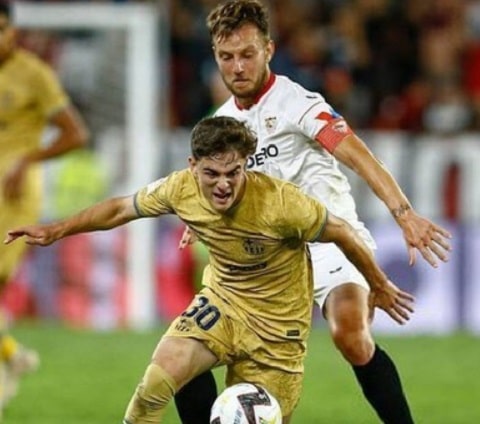 Gavi in one of his professional games SOURCE: Instagram @pablogavi

Moreover, Gavi was doing pretty well in his career, and finally, on August 29, 2021, Gavi played his first official game for Barcelona's first team versus Getafe. And on December 18 of the same year, his first goal for the team came during a game against Elche.

Moving into his career on the national team, he has represented the U15, U16, and U18 teams. He made his debut for the senior squad in the UEFA Nations League semi-final versus Italy, which was held on October 6, 2021. Likewise, Gavi scored his first goal for the senior team on June 5, 2022. 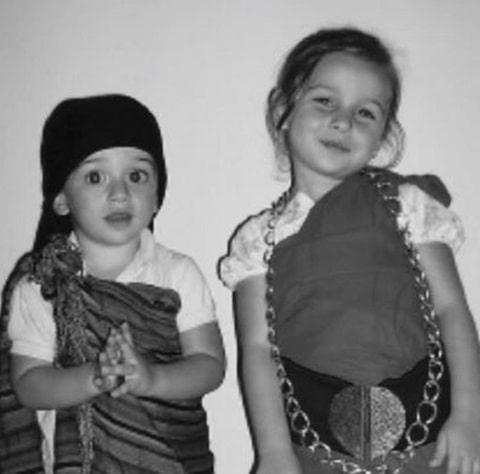 Gavi with his sister when they were young SOURCE: Instagram @pablogavi

Moreover, Gavi is not only the child of his parents as he was raised alongside his sister named, Aurora Paez Gavira. Gavi is also close to his sister, and he has shared some snaps with her on his social media handles.

As said earlier, Gavi is an active social media user who is mainly active on Instagram, where we can find Gavi under the username @pablogavi. Gavi made his first post on Instagram on September 13, 2016, and since then, he has been making regular posts on IG.

At the time of this writing, Gavi has gained more than 5.9 million followers, and it is still growing. So, to get his lifestyle revamped, we can follow Gavi there.