Allan Saint-Maximin is a rising French professional football player. He is currently playing in the Premier League for Newcastle United. Allan plays as a winger for his club and country wearing a no.10 jersey. Maximin started his professional football career in 2013 with Saint-Etienne in League 1.

Allan Saint-Maximin was born on March 12, 1997, in Chatenay-Malabry, France. He rose to fame only after his successful career so, much about his parent is still under the radar. Saint-Maximin is of Guadeloupean and French Guianese descent. Talking about his physical appearance, Allan stands five feet and eight inches tall and weighs 67 kg.

Allan started playing football from an early age. He started training with his hometown club, Verrieres-le-Buisson from in 2003. The player played for its youth team until 2004 and then moved to US Ris-Orangis. After spending three seasons with the club, Saint-Maximin moved to AC Boulogne-Billancourt for the next four seasons. Allan signed with the Saint-Etienne youth team in 2011 and made his professional debut in September 2013. 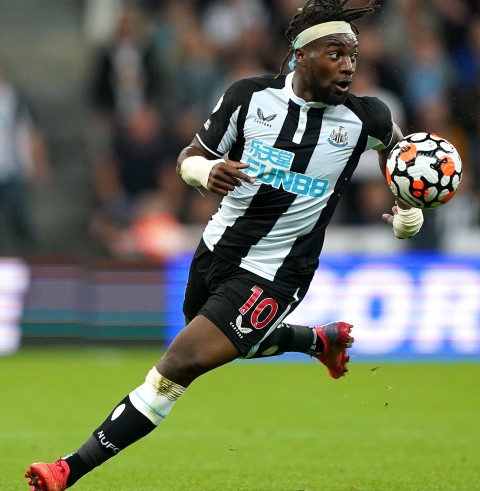 Allan spent most of his time with Saint-Etienne II and appeared in twelve games for the senior team. In 2015, The player joined Monaco. After just a single game, He was loaned to Hannover in the Bundesliga for a season. Maximin made sixteen appearances and scored one goal. The following season, Allan moved to Bastia for a two-season loan deal. The player appeared in thirty-four games scoring three goals.

In mid-2017, French club Nice signed Allan for an undisclosed fee. He played with the club for two seasons and scored nine goals in sixty-four games. The player received numerous offers and joined Newcastle United on a six-year contract. Saint-Maximin has appeared in seventy games and scored ten goals in his three-year career.

Allan had many opportunities to represent several countries in the international games. He committed to play with France and has represented France in numerous divisions. Saint-Maximin appeared for U16 in 2013. Later the same year, The player represented U17 in seven games and scored four goals. Until 2019, Allan was part of the U20 and U21 teams. He is yet to be called for the national team to play alongside, Mbappe, Benzema and Varane.

Yes, You read that right. Allan is the proud father of three children. He is an active social media user, and following his timeline, we can be sure that the french football player is dating his girlfriend, Anissa. The love birds have been together for some time. Following Anissa's timeline, it seems like, She is the mother of her son, Djayden. Allan shares a photo with his children SOURCE: [email protected]_maximin

Allan has two daughter's Lyana and Ninhia, who are four and five years old as of 2021. He has not shared about the biological mother of his daughters.

Allan Saint-Maximin has an estimated net worth of more than $10 Million. He credits most of his net worth to his successful career in football. Saint-Maximin signed a six-year contract worth £16.5million with the United. The player will receive an annual a weekly wage of £45,000.