Ali Patberg is a rising American college basketball player. She is currently playing in the Big Ten Conference for the Indiana Hoosiers Women's basketball team. Patberg is currently in her seventh collegiate basketball season in 2021-22. Ali plays as a Guard for her team and is yet to list her name in the WNBA draft.

Ali started playing basketball at the age of three. She played numerous sports while representing her High School. While in her senior year, Patberg led Columbus North to its first-ever Indiana High School Athletic Association (IHSAA) Class 4A state championship. The player averaged 18.3 points, 7.1 rebounds, 5.9 assists and 2.8 steals per game while playing at the Conference Indiana Championship. Ali had a  career per-game statistical average of 18.9 points, 7.0 rebounds, 5.0 assists and 2.6 steals. 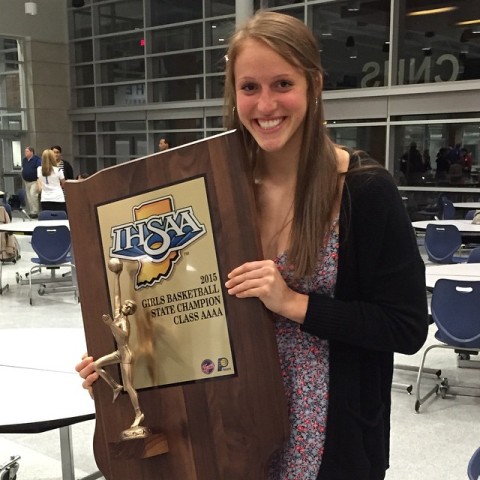 Patberg received numerous offers from universities and committed to playing for the University of Notre Dame. Ali had an injury in the training season of Freshman year. She did not play a game after suffering torn anterior cruciate ligament (ACL) in her right knee. The player appeared in twenty-two games and had decent stats the following year. Ali transferred to Indiana University and redshirted for her sophomore year.

For the senior year, Ali played in twenty-four games and averaged 14.0 points as the team’s third-leading scorer and averaged 3.9 rebounds, 3.7 assists and held a +2.0 assist-to-turnover ratio. Patberg crossed over 1000 points and is set to play her seventh season while pursuing her master's degree. Many of her fans are waiting for her to list her name for the WNBA draft.

Ali has successfully kept her personal life away from the media. She is an active social media user, and following her timeline, We can be sure that The player is single as of early 2022. Patberg's timeline is filled with photos of her games, family and friends.

Ali has not started her professional career. She aims to finish her master's degree in recreational administration and become a basketball coach. The average salary of a Women's basketball coach salary is more than $100,000. Ali will be making millions in the future.