Destiny Slocum is a rising American professional basketball player. She is currently playing in the Women's National Basketball Association for the Las Vegas Aces. Slocum plays as a Point Guard for her team. Destiny was named the Big Ten Freshman of the Year in 2017.

Destiny Slocum was born on September 9, 1997, in Boise, Idaho. She is among the five children born to Christina Slocum and her husband, Jonathan Slocum. Destiny has three brothers Marcus, Dominic, Dallas and a sister named Trinity. Slocum graduated from Mountain View High School and enrolled at the University of Maryland. Talking about her physical appearance, Slocum stands five feet and seven inches tall and weighs 70 kg.

Destiny started playing basketball in her middle school and was part of her High School basketball team. Twenty-Four years old basketball player was named into the McDonalds High School All-American team. She had good stats in her High school, received numerous offers from the Universities, and committed to playing for Maryland. 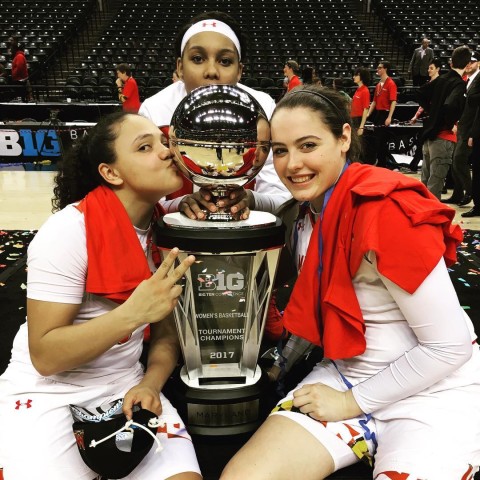 Everyone expected 24-years old basketball player Destiny to list her name for the 2020 WNBA draft but, She did not list her name but instead moved to the University of Arkansas and had an amazing season with an average of 15.0 points per game. After graduation, Slocum listed her name for the 2021 WNBA draft, and Las Vegas Aces drafted her in the second round overall 14th pick.

Who is Destiny Slocum Dating? Know About Her Relationship Status and Boyfriend

Destiny is an active social media user. She keeps posting her photos in her timeline. Following her timeline, Slocum seems to be single as of late 2021. The WNBA player is very much secret about her love life and relationship status. She likes to spend her free time with her friends, exploring new places. Destiny is very much close to her family. Slocum is very much early on in her career and could be focusing on making a good career.