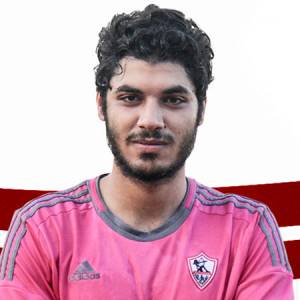 Ali Gabr is an international footballer who currently plays as a center back for National Team of Egypt and Premier League club West Bromwich Albion on a loan from Egyptian sports club, Zamalek. The 29-years-old footballer played for Ittihad Alexandria and Ismaily in his early career.

Base Soccer Agency Ltd is the agent of Ali Gabr.

Ali Gabr was born as Ali Gabr Gabr Mossad on January 10, 1989, in Alexandria, Egypt. Regarding his nationality, Gabr holds an Egyptian nationality.

Though his exact amount of net worth is yet to disclosed as per the estimation made by various online sources Ali Gabr has an estimated net worth around $0.5 million, in 2018.

On July 1, 2012, Gabr was transferred to an Egyptian football club, Al Ittihad Alexandria. Before leaving the club in 2014, he played 27 games.

Gabr moved to  West Brom on July 14, 2014, while his market value was estimated at £225k. During his first season with the club, he was named for the Egyptian national team. He has so far scored 3 goals in 99 appearances.

Ali Gabr earned his first international cap with the Egypt U-23 team with whom he played 1 game.

On November 15, 2014, Gabr made his international debut with the senior team under the coach Shawky Gharib in an Africa Cup of Nations qualification against Senegal.

Ali Gabr has been capped 18 times for his national team scoring 1 goal. He is the member of the national team that held the second position in 2017 Africa Cup of Nations.

Gabr, along with Saad Samir, Omar Gaber, and Ahmed Hegazi, was called up for the friendly matches against Portugal and Greece on 23 and 27 March 2018.

Ali Gabr stands at the tall height at 6 feet 3 inch and weighs about 85kg. At the age of 29, he is enjoying his singlehood.

Gabr has kept his personal life secret and the media is unaware of his affair or relationship status. He is probably single and unmarried as he has not made any official announcement, neither has posted any photos of someone that can be suspected.