News I'm not going to get married: Brazil and Barcelona legend Ronaldinho denies marriage with two women at a time

I'm not going to get married: Brazil and Barcelona legend Ronaldinho denies marriage with two women at a time

Yes, several reports in Brazil suggested, Ronaldinho is set to walk down the aisle with two of his fiances in August this year.

VIDEO: Ronaldinho due to marry Priscilla Coelho and Beatriz Souza at the same time

The former Barcelona star has been living together with two of his fiancees, Priscilla Coelho and Beatriz Souza at his £ 5million ($6.63 million) Rio de Janeiro mansion since last December. Both Beatriz and Priscilla are from Belo Horizonte, the city where he played for Atletico Mineiro.

Live-in harmony to marital harmony? It would be possible, only in case the football legend wants it the way. But looks like the marriage rumors are just like a cock and a bull story, a lie! Ronaldinho himself denied the rumors last week.

The 38-year former AC Milan star was in the West Zone of the city on last Thursday, for the launch of his R10 brand and he just blew the rumors.

"The whole world is calling me,"

"I'm not going to get married, it is the biggest lie."

Ronaldinho knows how to play on-and-off the field. He started dating Beatriz in 2016 and with Priscilla, he has been in a relationship for several years. 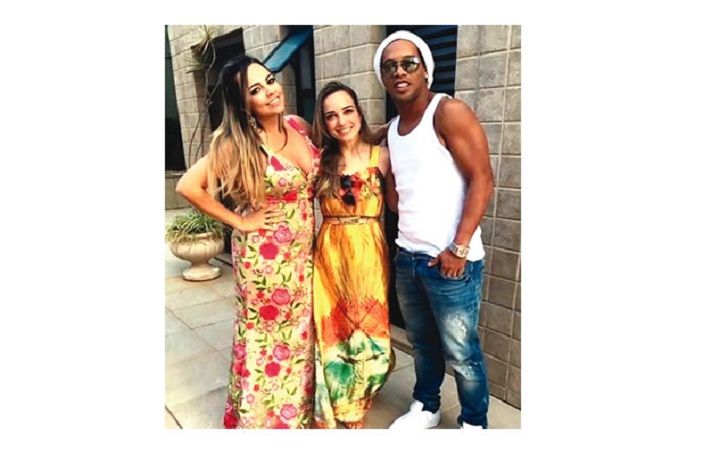 Beatriz and Priscilla, both receive an allowance of around £1,500 to live the way they want, according to several reports. He even presents the same present to both of his girlfriends.

The winner of 2005' FIFA Ballon d'Or even asked both to marry him in last January, giving them engagement rings, Brazilian columnist Leo Dias reports.

The same paper claimed he would marry the two women at a private ceremony inside the Santa Monica condominium, Rio. He has lived in Rio since 2015.