Alessio Cragno is a well-known Italian professional football player. He is currently playing in the Italian Football League, Serie A for Cagliari. Alessio turned professional in 2012 with Brescia at the Seria B. Cragno plays as a goalkeeper for his club and country.

Alessio Cragno was born on June 28, 1994, in Fiesole, Italy. He is very private about his early life and has not shared a word about his parents. Cragno stands six feet and one inch tall and weighs 85 kg.

Alessio started training football with the youth academy of Brescia in his hometown. The player represented the club in numerous divisions and then made his professional debut in September 2012 against Modena. He struggled in his initial days to be part of the senior team. Cragno signed a two-year contract with Brescia and appeared in thirty-two games in the contract. 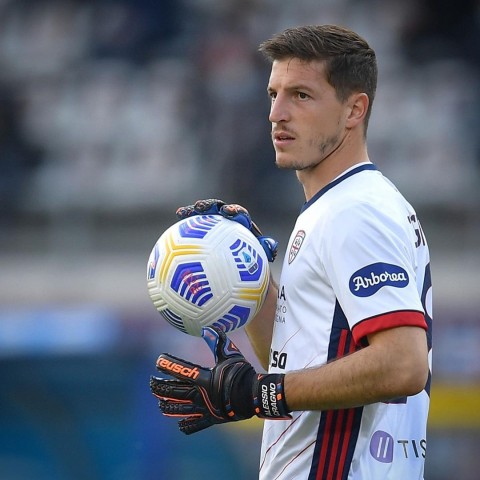 Alessio plays in the Serie A for Cagliari SOURCE: [email protected]

In July 2014, Alessio moved to Cagliari and signed a four-year contract for a reported fee of €1 million. In his debut match against Roma, He lost two goals. After playing with the club for two years, Cragno was loaned to Lanciano in Serie B for the 2016 season. He appeared in eighteen games for the club. Alessio's loan got extended for next season with Benevento and appeared in thirty-three games. In the 2018-2019 season, Cragno stood out as one of the best goalkeepers in the league and won the Apport Award as the best goalkeeper in Serie A.

In August 2019, Alessio extended his contract until 2024. In his six years seasons with the club, Cragno has appeared in 128 games for the team.

Who is Alessio Cragno Married? Know About His Wife and Children

Alessio is very open about his relationship status. The Italian football player is married to his longtime girlfriend, Silvia Spano. The love birds exchanged their wedding vows on June 13, 2019, at a private wedding ceremony. They had invited only a few members from both the families and some close friends to their wedding. 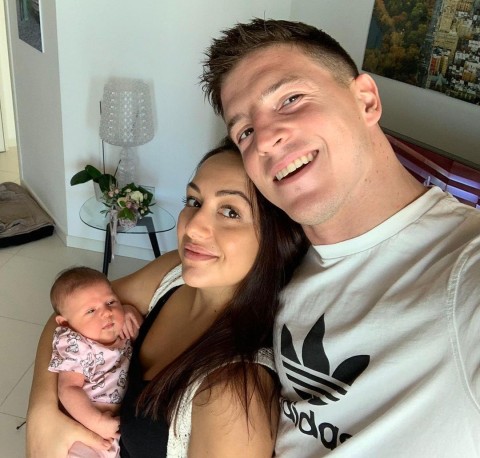 Alessio shares a photo of his wife and children SOURCE: [email protected]

In early 2019, Cragno opened up about expecting their first child together. Alessio and Silvia welcomed daughter Benedetta. in December 2021. The family of three extended to four with the birth of MioVittoria.

Alessio Cragno has an estimated networth of more than $3 Million. He is making more than £1,716,000 as his annual salary from his contract with Cagliari. The player has a weekly wage of £33,000 for the 2022 season. Last season, He received a yearly salary of £1,872,000. Alessio will receive the same base salary until 2024. Totaling his career earnings, it sums to more than £7 Million.