Aleksandr Kokorin, also known as Aleksandr Aleksandrovich Kokorin, is a Russian football player currently signed for the Cypriot club Aris Limassol on loan from the Italian side Fiorentina. Additionally, he was part of the club Spartak Moscow where he spent the season 2020-21.

Besides, kokorin is a professional footballer who wears jersey number 99 for his club. Moreover, kokorin is one of the most followed Russian footballers with huge fans online. Also, Aleksandr is a right-footed football player associated with the vocation since 2000.

Kokorin Is The Father of One

The fan-favorite footballer, Aleksandr kokorin, is a family man, and he is married to his wife, Daria Valitova but the exact details about her are currently missing from the online portals. Besides, kokorin is not open about his married life. However, he loves spending time with his son and often shares quality time with him when he doesn't have a busy schedule.

Coming up to his married life, the footballer has barred his wedding life as he has never let us know about his wife. So on, kokorin doesn't share his wife's pics on his Instagram handle as he prefers keeping his personal life away from the public reach. Nonetheless, we can find some pictures of the duo on the online portals. 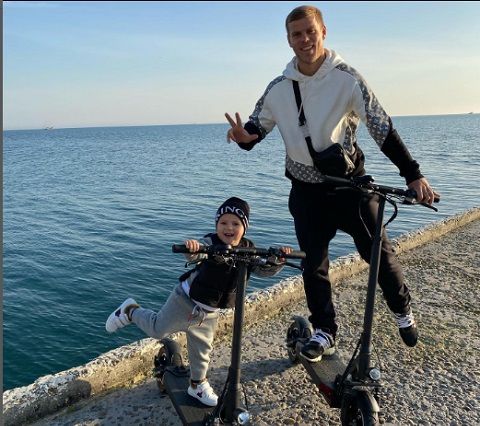 So, he has a son named Maikl Kokorin, one of the best people to spend a day with. Due to his private nature, we couldn't say much about his blissful married life.

How Rich is The Footballer? Let's Know

Aleksandr kokorin's net worth is among the most asked questions as netizens are concerned about his earnings sn lifestyle. So, after exploring his body and social media life, we know that he has a well-settled lifestyle and lives a luxurious life with his family.

Talking about his net worth is estimated to be  £27,092,000. According to the sources, the pro-level football player earns £48,000 per week, £2,496,000 per year playing for the club Fiorentina. Therefore, we can say that he is one of the highest-earning players on his squad. 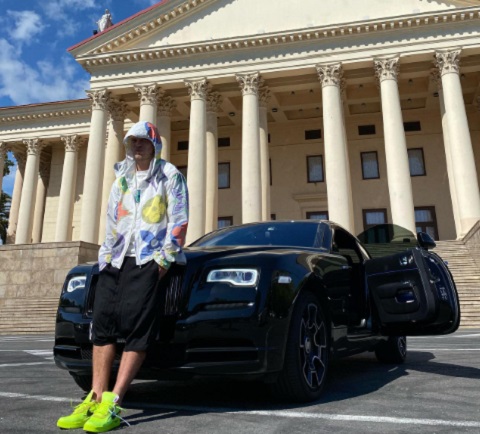 Playing for multiple clubs, his current market value is €800 thousand; however, he had a market valuation of €18.00m while playing for the club, Anzhi.

One after another, he got the opportunity to play for many clubs, including Spartak Moscow and Fiorentina. Digging more into his professional career, he has a tremendous international job as Aleksandr has also played for his international team, where he made his debut in the 2011 European Under-21 Championship qualification. Representing his national team, Aleksandr has played in multiple events and has led many victories and goals, so he is known for his fantastic performance.

Alexandr was born on 19 March 1991 as Aleksandr Kartashov; however, his surname was later changed to honor of his mother, Maria Kokorina, following her divorce from his biological father, Aleksandr Kokorin.

Well, there are no details available about his parents and family life; however, after exploring his bio, we found that he assaulted a Russian government official in a restaurant with the football player, Krasnodar, and they were caught hitting the official in a cafe in Moscow, according to Gazeta.