2× Pro Bowl winner, Alejandro Villanueva is an American football offensive tackle signed to the Pittsburgh Steelers of the National Football League (NFL) since 2014. He finished his colligate career playing for the Army Black Knights, being recruited at one position and playing three others during the course of his career.

Born on 22 September 1988, Villanueva was a captain in the United States Army where he held the position of an Army Ranger and was decorated with a Bronze Star for valor. After being undrafted in the 2010 NFL Draft, he went to serve three tours of duty in Afghanistan, and then signed a contract with the Philadelphia Eagles and subsequently to the Pittsburg Steelers.

Alejandro Villanueva Net Worth; How much does he Earn?

Initially, Villanueva inked a two-year, $960,000 reserve/futures contract with Pittsburgh Steelers in 2015. Later two years on 27th July, he agreed to a four-year, $24 million contract extension with the Steelers until 2020.

With six seasons in NFL with Pittsburgh Steelers, Villanueva has made $20.4 million as his career earning.

Since October 2016, Villanueva is endorsed by the USAA and has appeared in one of the company's member's voices commercials.

Looking at his NFL contract, earnings, and endorsement, his net worth in 2019 is approximately $15 million as of 2019.

Alejandro Villanueva is married to his long-time girlfriend, Madelyn Muldoon, whom he met through her brother, Joe Muldoon. Reportedly, the couple started dating in 2012, tying the knot in a small ceremony in her parents' backyard, in 2013. 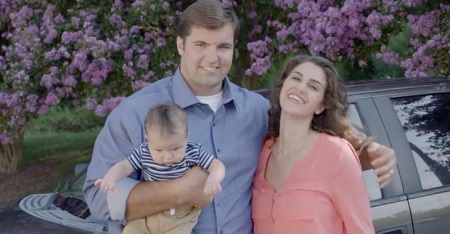 Alejandro Villanueva with his wife and son SOURCE: Heavy.com

On 9 May 2015, Alejandro and Madelyn renewed their wedding vows in a larger ceremony at Jesus the Divine Word Catholic Church in Huntingtown, Maryland.

In 2016, the couple welcomed their first child, a son. The family of three currently resides in Pittsburgh and enjoys everything the city offers.

Know More About His Wife

Born as Madelyn Elizabeth Muldoon in 1990 in Maryland, Mrs. Villanueva is one of three children born to Casey and Helene Muldoon. She has two siblings Air Force officer Luke and Joe Muldoon, who played with Alejandro at Army. 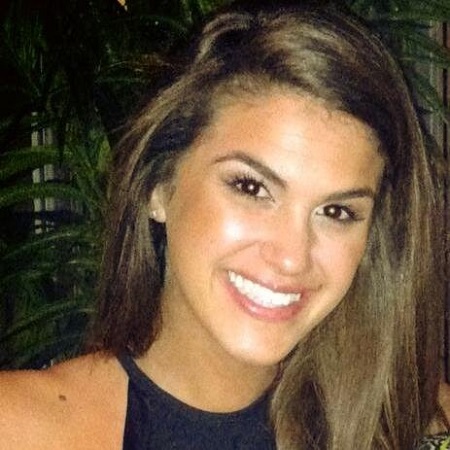 In 2012, she graduated with a B.A. in Communication. While still a student, she worked as an account coordinator for Moki Media in 2010 and later two years became an admission and marketing associate at Elizabeth Seton High School.

In 2014, she served as the Digital Marketing Consultant at hibu, as well as was a public relations consultant at Moki Media.

Villanueva is the eldest of four born to Matilde Martínez and Ignacio Villanueva, a Spanish Naval officer who worked for NATO. His siblings are Paloma, Carmen, and Iñaki, a Spanish rugby sevens player.  Though born in the United States, he spent most of his childhood living on military bases in Europe, where his father was employed. He is the only U.S. citizen in his immediate family.

While studying at the United States Military Academy at West Point, Villanueva was a standout football player. At the same point, he prepared for his military duties in the Global War On Terrorism.

His time at the front lines in Afghanistan remains at the forefront of his mind, even when he’s taking the field on a Sunday. On game days, he wears a shirt under his football pads with the names of fellow soldiers who died while fighting in Afghanistan.

After he was undrafted in the 2010 NFL Draft, Villanueva went back into military service. Upon finishing his last tour with the Army Rangers, he decided to give a try on NFL career.

On 5 May 2014, he signed to the Philadelphia Eagles as a defensive end. However, he was waived by the team on 23rd August.

On 31 August 2014, the Pittsburgh Steelers signed him to their practice squad and officially signed on 6 January 2015. Since then, he is playing for the team earning two Pro Bowl in 2017 and 2018. His famous teammate includes Mason Rudolph, Ben Roethlisberger, and JuJu Smith-Schuster.