Alejandro Dario Gomez, aka Alejandro Gomez, is an Argentine professional football player. His current club is Sevilla, where he functions in numerous positions like attacking-midfielder, winger, and forward. Notably, he is also a crucial member of the Argentina national team and has been recording 15 games so far since 2017.

Gomez, the versatile athlete, has played for many football clubs, including Arsenal de Sarandi, San Lorenzo, Catania, etc. His god-gifted ability of ideation, technicality, and vigorous capability to play in various offensive positions made him a prolific soccer player. For your information, he was also named the top Serie A assist provider of the 2018-19 and 2019-20 seasons.

Alejandro is a player with a height of 5 ft 6 inches which is relatively short compared to other footballers. Despite that, he is doing what he does best. Further, a short-built fair-skin tone footballer weighs around 68 kg.

How Many Children Does Alejandra Have With Linda Riff?

Alejandro, the professional athlete, is a family person. He is the romantic and loyal husband of his beautiful missis Linda Riffa from Italy. She is a Fashion Designer. Linda was his long-term Girlfriend. After dating for quite a long time, the couple tied their permanent marital knot in 2012. Also, the pair has a small and happy family of five. They have three children: one daughter (Constantina) and two sons (Milo and Bautista). Besides being a footballer, Gomez is an affectionate husband and father. 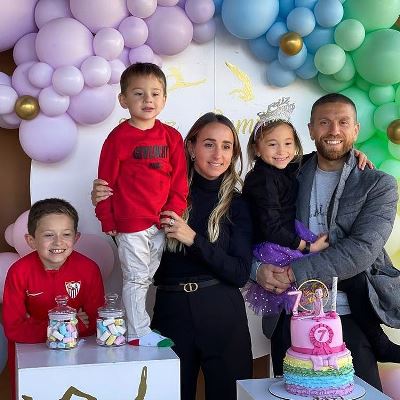 The couple has been lighting thier Instagram feeds with their quality moments photos which have been loved and praised by the fans. Therefore, observing thier post, we sound that the duo appears to be in deep and cheerful marital life.

Explore His Parents And Family Background

Alejandro's family name is Alejandro Gomez Dario. In football, he is primarily known by the name "Papu Gomez."  His family welcomed him on February 15, 1988, in Buenos Aries, Argentina. He is not the only child in his family. Monica Gomez (sister) is there beside him. Gomez is the son of an Italian mother and an Argentine father. Despite the mixed ethics, his ancestor hailed from South America. Apart from these, there are not many details concerning his family background.

How Much Is Alejandra Gomez's Net Worth? Know His Annual earnings

Former San Lorenzo Player Alejandro, 34, is one of the most astonishing soccer players. His multi-talented traits in the field have made his team very easy and effective in the planning game plan. With extraordinary annual earnings of £3,016,000, Argentina International is viewed among the foremost-earning football players at the moment. However, GOAT Lionel Messi stays number one in terms of salary. For your concern, since 2015, Gomez began acquiring his wages in millions. During his time at Atalanta in 2015, Alejandro annually acquired £1,716,000. Likeswise, surpassing the time his salary number numbers rose constantly and reached £2,8080,00 in 2019 at Atalanta. 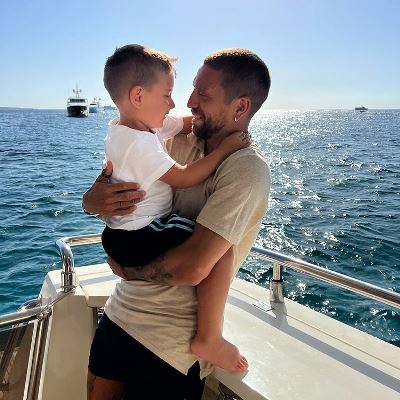 As of 2022, the player's net worth is around £13,416,000, which he gained from soccer. Thanks to football and his dedication, he has a satisfying life. Most importantly, he is able to give his family the comfort and the best life they want. Furthermore, the current Argentine valuation is €6 million. The best worth in his football life was €18 Million, registered on October 13, 2017.