With each passing day, football lovers worldwide withhold their excitement less and less. The energy they give off during the start of the first FIFA World Cup match will be a spectical to behold. And through that energy, the footballers on the ground will feed and fight till the very end of the battle. And their age will be the last thing on their minds, but here are the ten oldest players in Qatar 2022 World Cup!

Cristiano Ronaldo needs no introduction; his achievements and career speak for the legendary player. Likewise, even non-soccer fans know of Ronaldo's rivalry with another legend, Lionel Messi. Born on February 5th, 1985, the Portuguese ace is 37-year old. And by the time Qatar 2022 World Cup starts, Ronaldo will be counted as one of the eldest footballers in the tournament. 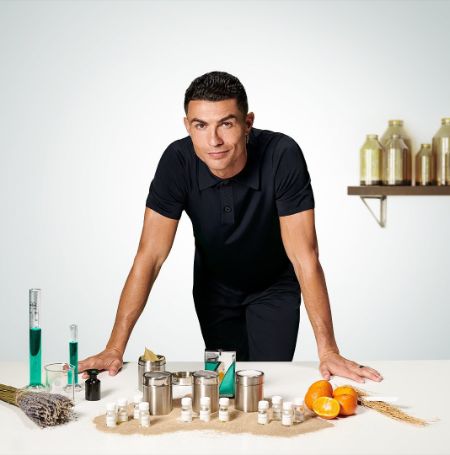 Ronaldo's career has been a highlight reel, with hundreds of goals and assists, and fans worship the ground he walks. And the Portuguese soccer star started his journey in 1992, three decades ago. His first club was Andorinha FC; Cristiano played in the club till 1995 and joined Nacional. Ronaldo ended his youth career at Sporting CP, and the same club started his career in the senior division. And by the end of the 2000s, Cristiano would be one of his era's most remarkable players.

Eiji Kawashima started playing football at a young age and was part of his junior high school's soccer team. And he began his journey as an athlete in 1995 through Yononishi Junior High School. And later, in 2001, he played for the Japanese football club Omiya Ardija. 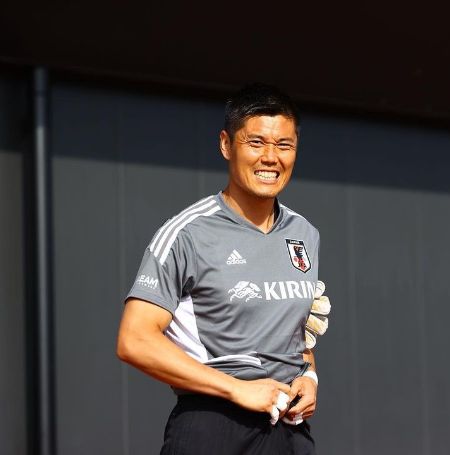 Eiji Kawashima was one of the Oldest Footballers in the 2022 FIFA World Cup. SOURCE: [email protected]

Kawashima played as the goalie for the Japanese national team in 2002's Under 20. However, he'd be replaced by another player till 2008. And since then, Eiji has maintained his position as the goalkeeper. And by Qatar 2022 World Cup, he will be pushing the late 30s. The Japanese player, Eiji, turned 39 last March 30th, 2022.

Luka Modric is currently pushing his late 30s. And as the Qatar 2022 FIFA World Cup approaches, Modric has crossed the 37 years mark. Luka, the Croatian footballer, was born on 9th September 1985. And so Modric is counted as one of the veteran footballers in the upcoming world cup. The Croatian soccer player plays under the Real Madrid banner. And Luka joined Madrid in 2012. However, his start in soccer journey began in Zadar FC in 1996. After which, the Croatian footballer's youth career ended in 2003 at Dinamo Zagreb FC. He played under the Dinamo's banner till 2008. Modric rose to popularity after leaving Zagreb and joined Tottenham Hotspur and, eventually, Real Madrid.

Luka started playing for his nation's national team in 2001 in the U-15 squad. And in 2006, Modric earned a spot in Croatia's Nationa soccer team. And the talented footballer never lost his position throughout Modric's career.

Dani Alves is a legendary footballer in his own right. Dani has been part of the Brazil soccer squad for his long career, with multiple big tournaments winning under his name. Alves and the Brazilian team won the 2020 Olympic Games, winning the gold medal for his country. Dani was 37 years old at the time. 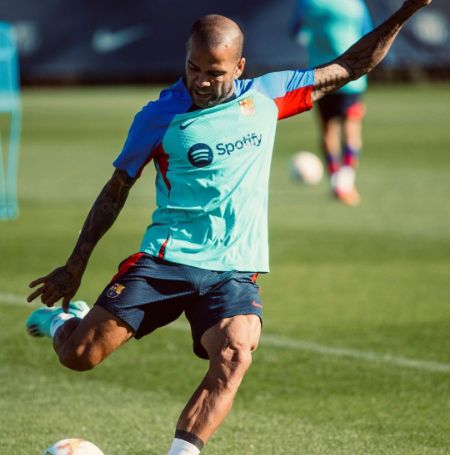 And as the Qatar 2022 FIFA World Cup starts, Dani Alves da Silva is 39 years old. Already pushing his late 30s, Silva will probably be playing his last FIFA Cup in 2022. Dani has been in the sport for over two decades now. In 1996, he started his soccer journey at Juazeiro FC in his hometown.

Olivier Giroud is the youngest among the player on this list. However, already past his mid-30s, Giroud is among the oldest footballers in the 2022 FIFA World Cup. Olivier stands six feet and four inches tall and recently turned thirty-six on September 30th. Likewise, the French soccer star was born on 30th September 1986 in Chambery, France. 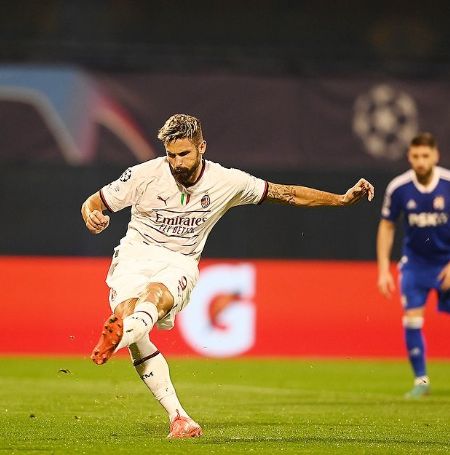 Giroud started his career in the local football club Froges in 1992. He stayed in the said club till 1999 and left to join Grenoble FC. Many fans know the talented French footballer for his time at Arsenal FC, Chelsea football club, and, more recently, AC Milan. Olivier joined the French national soccer team in 2011. And so far, Olivier Jonathan Giroud has maintained his position as a striker in the national squad.

Raul Albiol was born in Vilamarxant city, Spain, and is a famous Spanish footballer. Likewise, Raul Albiol Tortajada is a fan favorite for his diverse playing style. As Albiol was born on September 4th, 1985, he is one of the oldest players in the upcoming Qatar 2022 World Cup. 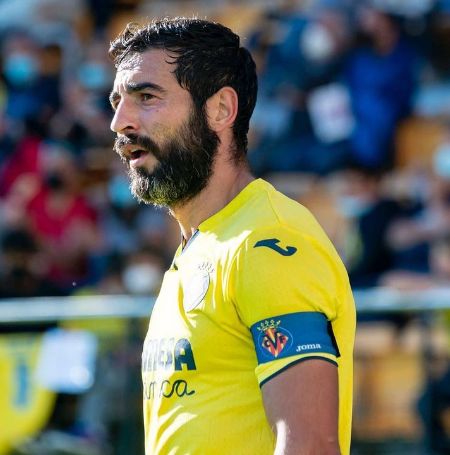 In 1994, Raul started his football journey at the Ribarroja Football Club. His youth career ended at Valencia FC, where he played his early senior career. But Albiol's big break came when Raul joined Real Madrid. And then he'd later join Napoli in 2013. In 2019, the Spanish footballer left Napoli FC and joined Villarreal FC. As for his international career, Tortajada became a part of Spain's national under-20 soccer team in 2003. Since then, Albiol has worked under the Spanish banner as a footballer.

Manuel Neuer started football at a young age and joined his first soccer club in 1991. Neuer was born on March 27th, 1986. And by the time the 2022 FIFA World Cup hits, Manuel will have already crossed the 36-year mark. The Germain footballer became famous in the late 2000s and found much success in the following years. 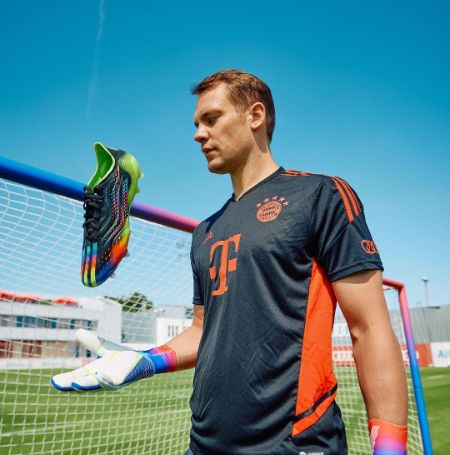 Appearing in the Schalke 04 for most of his career, Neuer reached new heights after joining Bayern Munich in 2011. And by the time he started his senior career, he was already a member of Germany's national soccer squad. Initially, he played in the under-18 team in 2004 but later found a somewhat of a permanent place as the team's goalkeeper.

Miranda was born on September 7th, 1984. And Joao Miranda de Souza Filho passed his 38th birthday before the Qatar 2022 FIFA World Cup started. And without a doubt, Filho is one of the oldest footballers in this year's world cup. And Miranda is no stranger to the FIFA tournaments, as he bagged the 2009 FIFA Confederation Cup in South Africa. One of the Oldest Footballers in the 2022 FIFA World Cup, Miranda. SOURCE: [email protected]

Joao, the Brazilian soccer star, has seen his fair share of FIFA World Cups. And this talented footballer has been playing for the Brazilian national squad since 2009. But his journey began at the age of sixteen in Portuguesa Londrinese FC. After a year in Londrinese, Miranda left the club and played for Coritiba FC for the remainder of his youth career.

Another footballer from Brazil, Thiago Silva, will be in his late 30s while playing in the 2022 FIFA World Cup. Thiago Emiliano ds Silva was born in Rio de Janeiro, on September 22, 1984. And the Brazilian footballer Thiago recently turned thirty-eight years old. And as such, Silva is counted as one of the oldest footballers in this year's prestigious football tournament. Silva started his career in 1998 in the youth division at the Fluminense football club. But after two years, Thiago left the club and joined Barcelona-RJ for a year. When 2001 hit, the Brazilian defender returned to Fluminense. After his career in the senior division started in 2002, Silva became a part of his country's football team six years later, in 2008. Thiago kept playing in the Brazilian national squad since he joined the group.

The Belgian soccer star Thomas Vermaelen is also counted as one of the oldest players in the Qatar 2022 World Cup. And like many of the athletes in this list, Vermaelen is pushing the latter half of his 30s. Born on November 14th, 1985, Thomas will be 37 by the time the first match of the 2022 FIFA World Cup happens. 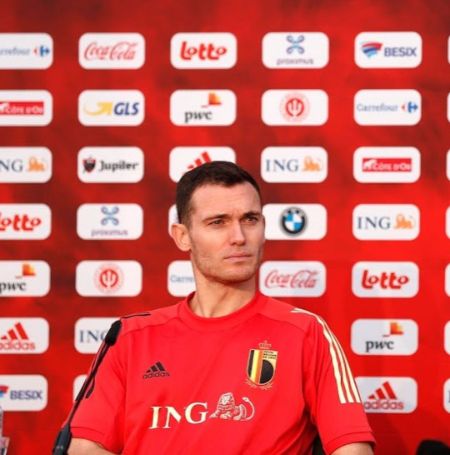 Vermaelen started his career over three decades ago. And he began his youth career in the Germinal Ekeren FC. His youth career ended at Ajax FC in 2003, but he stayed in the football club till 2009. And by then, Thomas was already a regular in Belgium's national soccer team. And he remained on the squad till 2021; sadly, Vermaelen retired that year after facing some injuries. However, he's still part of the Belgium team as one of the coaches.