Alec Anderson is a rising American football player. He is currently playing in the Pac-12 Conference for the University of California Los Angeles. Alec plays as an Offensive Line for his club. Anderson has announced his name for the upcoming 2022 NFL draft.

Alec Anderson was born in the early 2000s. He is among the four children born to Chrissy Anderson and Anders Anderson. Alec has a brother and two sisters. Anderson has not shared much about his parents and early life. Alec graduated from Etiwanda High School and enrolled at the University of California Los Angeles. Talking about his physical appearance, Anderson stands six feet and five inches tall and weighs 138 kg.

Alec played numerous sports in his early days. He represented High School in basketball, football and several other sports. The player has the record for most pancake blocks at his high school. Alec was named into the  Athletic Director's Honor Roll for Spring 2020. He graduated from High School as a three-star recruit. Anderson was named among the highest-rated player in the state. 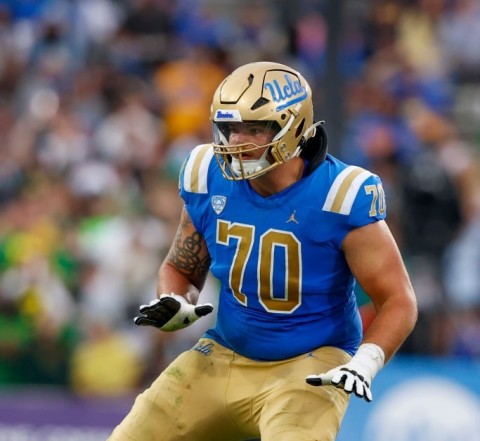 Alec played in the PAC-12 for the UCLA Bruins SOURCE: Getty Images.

Alec got offers from several universities and committed to playing for UCLA. Anderson played a few games for the Bruins in the redshirt first year. In his first year, The player appeared in ten games as a guard and helped block Joshua Kelley, who became the eighth running back in UCLA history to record back-to-back 1,000-yard rushing seasons.

Alec started in seven games as a right tackle in his sophomore year, and the team was ranked second in the Pac-12 in rushing offense and total offense. In his junior year, The player played in ten games and started as an offensive tackle. He led the Pac-12 in scoring with 36.5 points.

Alec forgo his senior year at UCLA and listed his name for the 2022 NFL draft. The player is ranked among the top prospect for the upcoming draft. Anderson was one of UCLA's most physical blockers upfront while also boasting plus athleticism he regularly put on display.

Alec is very much open about his relationship status. Following his timeline, we can confirm that Anderson is dating his longtime girlfriend, Maya. The love birds have been dating each other for several years. They met each other at UCLA. 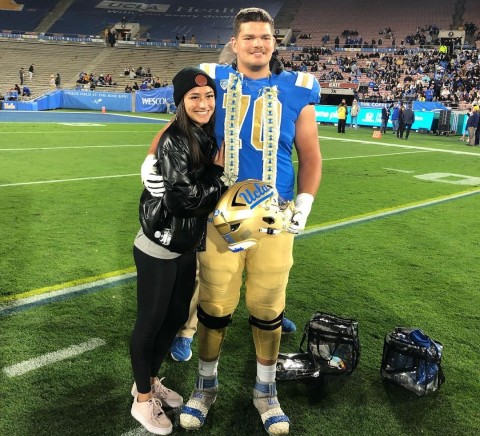 Maya is a sprinter and competes for the UCLA women. They are very active on social media and keep sharing each other's photos in their timeline.

Alec is yet to start his professional career. He has not signed a major contract with any club. Anderson will be signing with one of the franchises. The player's salary will reach more than $20 Million if picked in the first round draft. He will be living a lavish lifestyle through his successful career in the future.