Alan Pulido is a Mexican professional soccer player who plays the position of forward. He currently plays for the Liga MX club Guadalajara and the Mexico national team. He is the most expensive player transfer in the Guadalara club's history who acquired him with a contract of $17 million.

Pulido has represented his country for U-20, U-23, and senior international tournaments. He was also selected for the 2011 Copa America and the 2014 FIFA World Cup.

Alan Pulido Net worth and Salary

As of 2019, Pulido's net worth is estimated at around $1 million. Furthermore, Pulido has become one of the highest paid Mexican soccer players of Guadalajara who acquired him for $17 million. Currently, he makes €35,000 weekly which is around  €1,820,000 per annum as salary from the club.

Alan Pulido is in a relationship with Ileana Salas. Pulido and Salas have been dating each other for more than 2 years now. The two have not taken their relationship to the next level and are only girlfriend and boyfriend at the moment. 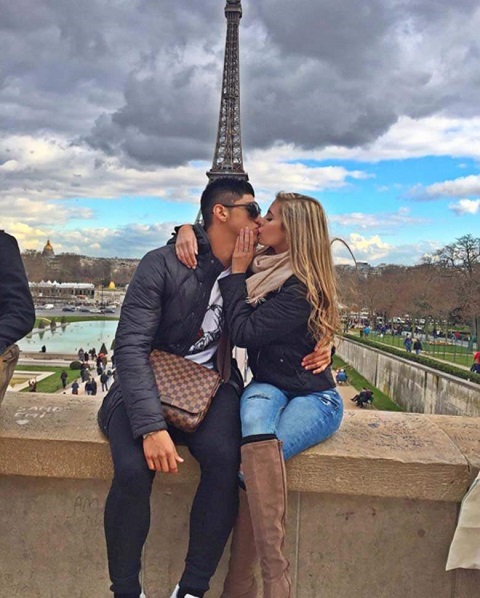 The couple is believed to be engaged to each other and is planning to get married soon.

In 2016, both Pulido and Salas were kidnapped by six masked men. His girlfriend was released unharmed and Pulido later managed to escape on his own from the kidnappers. Both he and his girlfriend came out unharmed of the incident.

Alan Pulido's professional debut began with Tigres UANL in 2010 playing in the SuperLiga tournament against Chivas USA on 20 June. Tigres won the match 2-1 advancing to the final playing against Chicago Fire and won the match in a penalty shoot-out after a 1-1 draw.

Pulido made his debut in the Primera Division on 27 February 2010. He remained in the substitute position behind first-choice striker Hector Mancilla. In his very first professional season, he was able to win his first league title as the Tigers went on to win the Apertura tournament defeating Santos Laguna in the finals.

Alan Pulido spent five seasons with the Tigres before singing a one-and-a-half year contract with Greek club Levadiakos. There were some legal issues brewing during the time of his transfer to Levadiakos. The Tigres were claiming that Pulido had already signed an extension contract with the team and that he would be staying with the club until June 2016. However, he was granted a provisional transfer allowing to play for Levadiakos while the legal dispute continued.

Pulido made his official league debut with Levadiakos on March 9, 2015, playing against Platanias and was named the man of the match. He played in six games of the season and scored one goal. Levadiakos finished 15th in the league table and were relegated.

The Greek football club Olympiacos announced the signing of Alan Pulido on July 3, 2015. He made his debut match for the team on January 13, 2015, in the Greek Cup match against Chania. He played in 8 season matches for the team and scored 5 goals. The team finished the league season with the no. 1 spot winning the league with six matches to spare.

The Guadalajara announced to have acquired Alan Pulido on August 30, 2016, with a reported $17 million. It was the most expensive transfer in the club's history.

Pulido has since then been a member of the Guadalajara and becomes one of their valuable members. He helped the team to win the Liga MX and Copa MX title. It was their first title victory since the Apertura victory in 2006.