Ileana Salas is a Mexican model and physiotherapist who is popular for being married to Alan Pulido. Not to mention, her husband is a Mexican professional footballer currently playing for the Sporting Kansas City and the Mexico national team as a striker.

Monterrey, Mexico native, Ileana Salas was born on 22nd July 1992, under the star sign Cancer. She is the daughter of a prestigious doctor from the Sultana del Norte. The twenty-eight year holds a Mexican nationality is of white ethnic background. Her body measures at 32B-24-35 and stands 1.70 m tall.

Mexican soccer player and Ileana Salas met in 2016 and started dating soon. After months of a relationship, Alan popped the question. Though the duo got engaged, however, they had to cancel the union on two occasions, because according to the model, the soccer player had been unfaithful to her on several occasions. Reportedly, she lived with Alan during his stint in Greek. 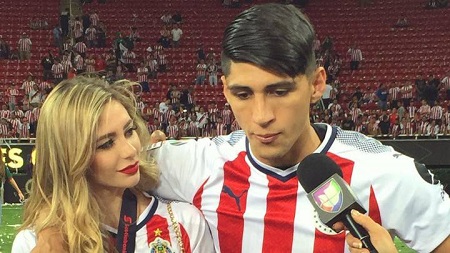 Alan Pulido and Ileana Salas during interview SOURCE: AS Mexico

Going through several ups and downs, the couple finally tied the knot on 5th December 2019. They flew to Dubai for their honeymoon. 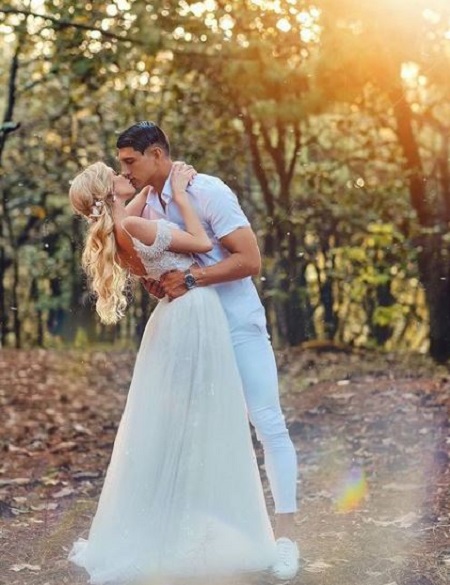 Earlier, Ileana was rumored to have an affair with an actor from El Senor de los Cielso, Rafael Amaya. The two starred in a photoshoot also. But the buzz cooled down.

The Mexican footballer was born to Aemando Pulido and Nuria Izaguirre on 8th March 1991, in Ciudad Victoria, Tamaulipas, Mexico.

Back in 2016, Ileana Salas was also present when her then-boyfriend-now-husband was kidnapped which took place in Alan's hometown Ciudad Victoria, Tamaulipas in Mexico around 11.30 pm local time. Several trucks surrounded their car and six masked men took him away by force.

Reportedly, the kidnappers released Ileana safe in the car park where Alan was taken. On 29th May 2016, Alan was rescued by state forces late in the night with minor injuries.

Salas earns a decent sum of money through her party time modeling as well as a psychologist. On the other side, she shares a tremendous net worth of $2 million with her husband, Alan Pulido. Currently, he is playing for Sporting KC where he signed a club-record $9.5 million transfer fee.

The twenty-nine years old Mexican player has lived up to his high price tag, while not official it is reported that the Mexican international earns an estimated $2 million per annum.

Besides, there is no information available regarding their real estate or any other investment.