Aissa Laidouni is a well-known football player born in France. He plays as a midfielder for the Hungarian team Ferencvaros in Nemzeti Bajnoksag I. In his team, Laidouni wears jersey number 93. Laidouni has not only played for Nemzeti Bajnoksag I but also for other clubs.

Moreover, Laidouni plays for the national football team of Tunisia, as his mother is from the respective nation. Further, Laidouni is a skilled player who has also received some honors, including the title of Nemzeti Bajnokság I Most Valuable Player in the 2002-21 season.

Aissa Laidouni plays for the Hungarian team Ferencvaros in Nemzeti Bajnoksag I, and his deal with the team is €600Th. Having a decent deal, Laidouni may receive a fair salary from the team, but they have not shared the fact yet.

Transfermrkt reports that Laidouni's market value is €3.50m, and the graph shows that it is still rising. So, his net worth may also be around $1 million to $5 million. Laidouni not only makes money from his football vocation but also from brand endorsement. 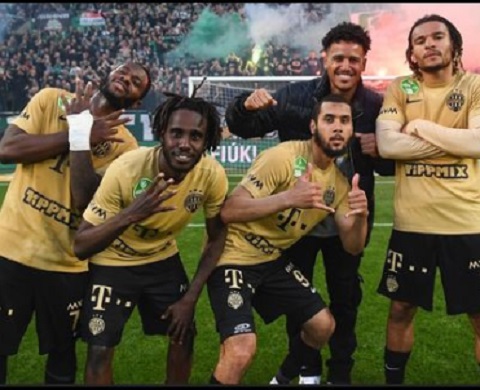 The professional footballer has promoted some brands on his social media handles. So, the companies might have paid him fair cash.

Does Aissa Laidouni Have A Girlfriend?

No, Aissa Laidouni does not have a girlfriend. The footballer is currently single and is focused on his career. Laidouni is active on Instagram as @laids_93, where he shares updates regarding his professional career and events.

Laidouni made his first post on Instagram on August 26, 2017. But Laidouni has not made a single post regarding his love affair. From this, it is said that Laidouni has led a solitary life for a long time.

Besides, it is pretty challenging to know about his partner as Laidouni mainly prefers to keep his personal matter away from people's eyes.

Football Career Started With Angers B

Laidouni was passionate about playing football from a very early. So, he joined FC Montfermeil and played with them until 2014. From 2014 to 2016, he represented the youth team of Angers. In his senior year at Angers B, Laidouni appeared in 33 games, having scored four goals.

For the 2016-17 season, Laidouni was loaned to Les Herbiers. So, during his term on the team, he played in 27 games and netted just a goal. After that, Laidouni received an offer to play for Chambly on loan. So, Laidouni played in many games with the Chambly team. 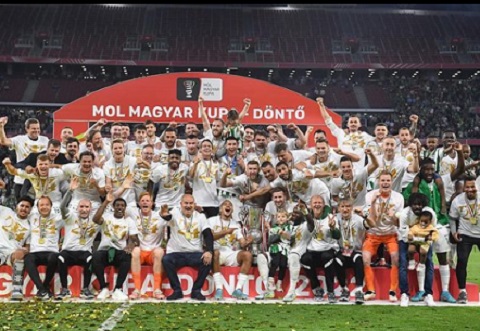 From 2018 to 2020, Laidouni made 53 game appearances scoring seven goals while playing for Voluntari. And on August 5, 2020, he signed a professional deal with Ferencvarosi TC. Besides, Laidouni is also a national footballer who made his debut for the senior football team of Tunisia on March 25, 2021, by playing a game in the AFCON 2021 qualifier.

Aissa Bilal Laidouni was born to parents who are from different nations. The footballer spent most of his early days in Montfermeil, France. Further, Laidouni holds French nationality and belongs to the mixed ethnic background of Algerian and Tunisian.

Till now, Laidouni has not talked much about his father and mother. So, their identities remain hidden at the time of this writing.