Starting with his love life, Kunde is already taken, and he is currently dating his girlfriend, who goes by the name of Caterina. The cute lovebirds have been sharing the relationship of a husband and a wife for quite a while now, but the duo has not shared much info yet. Like many other couples, Kunde and Caterina also love featuring their moments on social media. We can follow the footballer as @kundem6plus and his girlfriend, Caterina, as @rina_rae_. Not to mention, the celebrity girlfriend appears to be a social media influencer.

From her IG account, she often posts images related to fashion and lifestyle.

How Much Is His Salary at Pierre Kunde?

Kunde joined the Greek Super League club Olympiacos team with a whopping deal of €1.80m. So, Salary Sport reports Kunde's salary is £13,000 weekly and £676,000 yearly. So, Kunde makes a good sum of money from his team.

His current market value is €2.00m, and the highest value was €10.00m on June 5, 2019. When he played for other teams in the past, Kunde also had impressive deals. So, it can be said that Kunde has preserved a huge fortune, and his net worth may be around $2 million. Pierre Kunde in front of his car  SOURCE: Instagram @kundem6plus

Exploring his Instagram post, it can be said that Kunde lives a lavish life as he often posts images with different luxurious or sports cars.

Take a Look at His Professional Football Career

The Limbe native began playing football after joining the youth setup of Alcobendas CF. Kunde made his senior debut on November 11, 2012, in a match against EF Periso. For the 2013-14 season, Kunde moved to Atletico Madrid.

While playing for Atletico Madrid B from 2014 to 2018, Kunde appeared in 71 games and also netted four goals. Later, he was loaned to Extremadura and represented the team in 33 professional games, scoring 11 goals. For the 2017-18 season, Kunde played for Granada in 37 matches and also scored five goals. 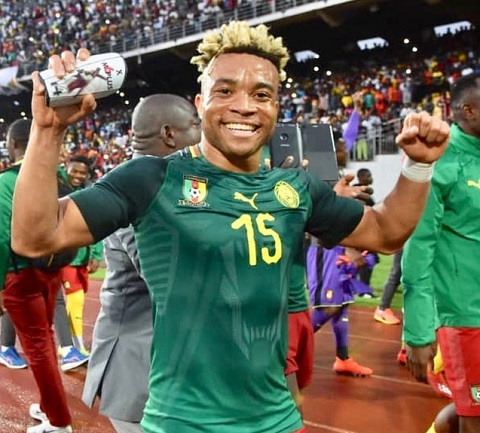 Pierre Kunde Malong is a native of Limbe, Cameroon, who was born on July 26, 1995. Kunde's parents have also supported him since the beginning of his career, and the footballer also credits them for his success.

Despite that, Kunde has not given any info about his family background yet. Speaking of his height, Kunde peaks at an average height of 5 feet 11 inches (1.81 m).