Admir Mehmedi is a Swiss professional footballer who plays as a second striker/center forward for the German team VfL Wolfsburg and internationally for the Switzerland national team. He has also been included in the Swiss Nationa squad for the Euro Cup 2020. He is noted for his turn of pace, and great technicality in the box.

Mehmedi was born in Gostivar, SR Macedonia, Yugoslavia on March 16, 1991. A descent of Albania, his family emigrated to Switzerland when he was just 2 years old. As a youth, he trained with the local side Bellinzona before signing for FC Winterthur.

Admir Mehmedi's Net Worth and Salary

Mehmedi's career earnings reportedly amount to a little over £18 million exclusively from salaries. He has been raking in an average payout of around £2.2 million since the start of his pro career in 2014. His year-round income for the 2014-15 season tallied over £442,000 having played for SC Freiburg.

The next season, his salary increased more than twofold the previous amount allegedly equaled to £1.04 million. 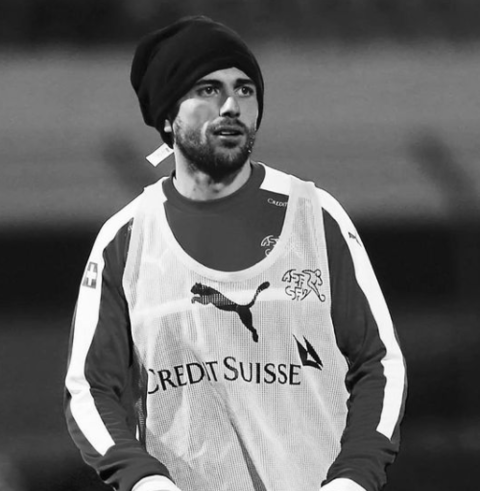 Admir Mehmedi  was a crucial member of the Swiss U-21 side in the 2011 UEFA European Under-21 Football Championship SOURCE: Instagram

In the 2016-17 season, Leverkusen signed him as their striker for a reported salary of £1.56 million. His take-home pay at the end of the year 2017 was reckoned in the region of £1.87 million. At each end of the following two Bundesliga seasons, the Swiss footballer netted a hefty salary worth £3.27 million.

Mehmedi is a family man with a wife and a son. The six feet tall center forward celebrated his wedding on July 18, 2016. On the day, the Gostivar-born striker posted a picture where he can be seen posing alongside his bride with a caption that reads, Mr& Mrs. Mehmedi. 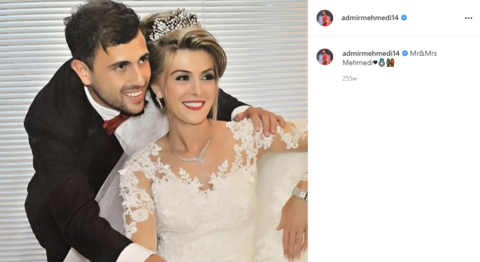 However, the specifications regarding Mehmedi's better half, thus far, are still unsung matters. Of his many Instagram pictures, she has had only a couple of appearances. They welcomed their son, Noar on May 10, 2017.

Mehmedi and his better half were last spotted together on January 1, 2020, in Dubai, United Arab Emirates. In 2016, Admir Mehmedi gifted a house to the poor family of six in Macedonia stating that he appreciates what he has and wants others to feel fine as well.

After having scouted by FC Zurich from Winterthur, Mehmedi signed with the former in 2006. Within two years, he was selected in the first-team squad and by 2010 he was considered a regular. He played his first game for Zurich's senior side on July 20, 2008, and scored two goals in 11 appearances, in addition to winning the Swiss Super League in his first season with the team. During his time with Zurich, playing in 84 games, he scored nineteen goals and recorded nine assists. On January 13, 2012, he signed for the Ukrainian club Dynamo Kyiv from FC Zurich on a five-year deal. He appeared for the Ukrainian side on 25 occurrences whilst finding the net on one incident.

From 2013 to 2015, he played for the Bundesliga team, SC Freiburg for whom he played a combined 59 games and scored 16 goals. For the next three seasons, starting from 2015-16, Mehmedi sported fellow Bundesliga team, Bayer Leverkusen shirt in a total of 62 games and found the net on 7 occasions.

He committed to play for VfL Wolfsburg on January 31, 2018, and as of June 2021, has scored nine goals in 70 appearances. Mehmedi's first campaign with the Swiss national team was at the 2012 Summer Olympics.

He, however, didn't make his debut until Switzerland's 2012 Euro Qualifying match against England. He scored his first goal for Switzerland in a 5-3 win over Germany. Since 2011, he has made 78 appearances for Switzerland Aside including 11 goals across all competitions.