Adel Taarabt is a Moroccan professional football player who is signed to the Portuguese Club S.L Benfica based in Lisbon of the Primeira Liga. There, Adel plays the role of attacking midfielder as well as a winger. Prior to Primeira Liga, Adel played in English Premier League and Seria A side too. Moreover, he was a former France youth international who played from 2006 to 2008.

The Winger for Benfica, Adel's versatility has made his club very comfortable with the team tactics and plans. As of 2022, the Moroccan international has played for over five world-top clubs, including Tottenham Hostpur, Lens, Queens Park Ranger, AC Milan, Genoa, Benfica, and many more. For your information, he put on number 49 on his jersey for Benfica, whereas for Morroco, he wears jersey number 8. Individually, he clinched Football League player of the year 2010-11, Football league Championship player of the month August 2010, etc rewards in his career.

On 24 May 1989, the Moroccan winger Adel Taarabt was born in Fez, a city in northern inland Morocco. The footballer is 33 years of age as of this writing, and his sun sign is Gemini. For your information, Adel Taarabt came from a sub-economical family. He spent his early phase at Fez only. Adel is of Moroccan and French nationality and is legally eligible to represent both national at the international level. However, he is born to Moroccan parents who are natives of the Rif region near Taza. No doubt, his parents are his most tenacious backer and a source of motivation. However, he has not said a word about their names and professions to date. Thus, it stays a riddle as of now.

At the same time, he has kept suspense about whether he has any brother or sister in his family. Further, all Taarabt members are true Muslim devouts who strictly practice its traditions and ideology. As per his interview statement in June 2010, Adel said, "He being a Muslim has had a significant impact on his life as a footballer." In addition, the professional footballer credits his parents for their unconditional support and for keeping him with this religion. As a true Muslim, he doesn't consume alcohol. Observing his Instagram handle, he loves traveling and exploring new places besides soccer.

Soccer journey from Lens to Benfica

Being born in Fez, Morocco, Adel the Benfica jersey no. Forty-nine began his playing career in 2004 France after his family relocated to the Barrel'Etang, Bouches-Rhone. He was 15 years old at that time. Adel played two years of his amateur career for the Lens Rens B from 2004 to 2006, playing 14 matches in the Championnat de France amateur. Later, he was promoted to the Lens Senior team in the 2006-7 season. Just a year later, the club loaned him to the European side. At the young of 17, he signed a long-term loan contract with the English Premier League club (EPL) Tottenham Hotspurs (The Lilywhites) on 2 January 2007. He made his Hotspur debut against their local rival West Ham United on 4 March 2007, coming off the bench for Pascal Chimbonda in the 87th minute. 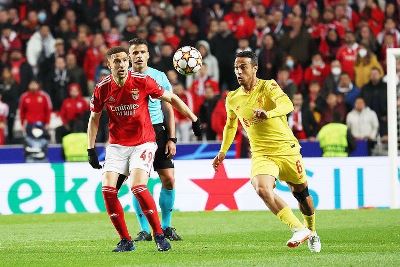 Reportedly, on 7 July 2007, he scored his first goal for the Tottenham Hotspurs in a friendly match against Stevenage Borough. His games were not that impressive, so he was left with just nine games during his two years' stay at The Lilywhites. After that, Adel he moved to Queens Park Rangers on loan in July 2009, where he scored eight goals in his 48 league games. Adel signed a permanent Rangers contract from 13 March 2009 until 2015. However, due to his knee injury, he was compelled to cut his loan term.
Similarly, the Morrocan nationality went to Fulham (loan) in 2013 and AC Milan in 2014.

After his loan to the Italian giant club AC Milan, Adel moved to join the Portuguese Champion S.L Benfica on 12 June 2015, agreeing on a five-year contract with a transfer fee of €4 million. Likewise, after two years, the Football League Champions Adel joined Genoa on loan until 2018. Shortly after his seven months with the Benfica reserve team, he joined the senior squad in 2019, making his debut game on 30 March 2019 in a clash against Tondela. Joining Benfica was his career turning point. Finally, in 2019, he gained his spot in Benfica starter players. Now, he has established himself as one of the crucial players of Benfica.

Fez, a Morocco-born footballer Adel Taarabt is a player with dual citizenship from France and Morocco. After migrating to France, all his family members got the card. Before his appearance for his birth country, Adel initially played for the France youth level at U17, U18 and U19, with six global games. However, he decided to play for Morocco at the Senior level. The 33-year-old international debut for Morroco on 11 February 2009 in the friendly against the Czech Republic. 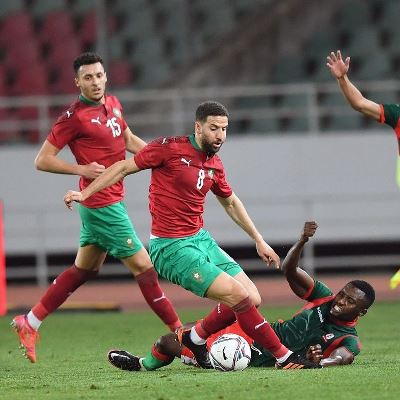 Likewise, he also contributed to his nation in several world cup qualifiers games. His goal for Morocco came to Togo in the 2010 world cup qualifier match on 6 September 2009. Since then, the 5 t 10 inches attacking midfielder has been playing for Morocco. As of 2022, he has recorded 30 global matches with four goals.

The net worth and salary

Adel Taarabt is a player with an experience in various football leagues, including EPL, Serie A, etc. Making a presence in these leagues itself is a big achievement. Average players of these leagues earn their wages in six figures. Thus, playing there, he must have gained him a fair sum of banknotes in his net worth. His salary numbers with Benfica are still under the radar. According to the sources, he took a 30% pay cut to a signed new deal with Benfica despite his four appearances in four years. As of 2022, Adel's net worth is above $15 million(approx). 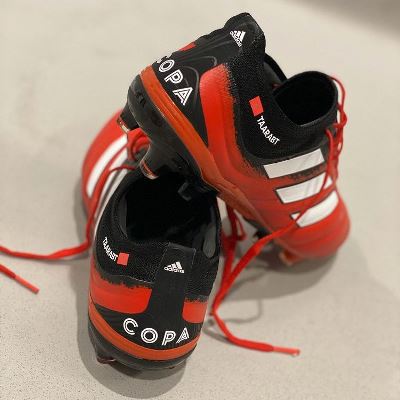 He is one of the richest Moroccan-French players in today's date. Regarding his market value, it equals €2.50 million per Trasfermarkt. His highest was €10 million, which was on 28 Jan 2013. Apart from football, he makes money from several brands and companies. Addidas is one of his sponsors that pays him for his role in promoting its products online. From his profession, he has maintained his standard of living quite well.

Due to his self-centered personality, determining his marital status at the moment is very difficult. It is his fan's most curious question regarding the current date. Neither he nor verified sites have mentioned anything about his love life topics. Moreover, no post on his Instagram handles @adeltaarabt11officel gives us a clue about his marital. Thus, he is believed to be unmarried and single at the moment.

Adel, jersey number 49, seems active on several online sites. But comparatively, he is more active on Instagram. Not to mention, on his Instagram handle @adeltaarabt11officiel, Adel has a strong fan following of 442K. Via Instagram, he lets his fans tiptoe into his life to know about his personal and career updates. Besides, he uses it as a medium of income generation by advertising various brand products.