Alexandru Paun is a rising Romanian professional football player. He is currently playing in the Roman football league, Liga I for CFR Cluj. Paun turned professional in 2014 and has spent his seven seasons with CFR Cluj. Alexandru plays as an attacking midfielder and winger for his club and country.

Alexandru Paun was born Adrian Constantin Alexandru Paun on April 1, 1995, in Drafasani, Romania. He has not shared much about his early life and his parents in public. Information about Paun's education and academic qualification is under the radar. Talking about his physical appearance, Adrian stands five feet and ten inches tall and weighs 73 kg.

Alexandru Paun has an estimated net worth of more than $200,000. The Romanian player credits most of his net worth to his football career. Paun is very private about his economic career, and much about the player's salary is not shared in the public. Paun has been playing with the same club since 2014 and must be receiving a handsome amount for his appearance. 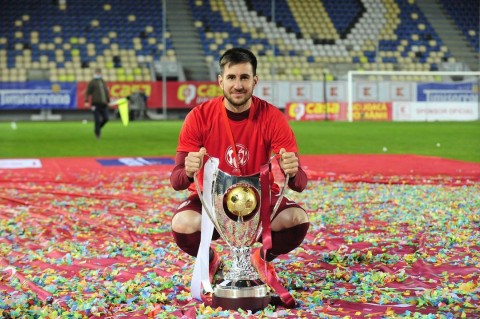 Alexandru must be making a reasonable sum from his sponsorship and advertising deals. As per sources, CFR is among the highest-paying club in the league. Paun is very early in his career and will be adding millions in the future.

Paun is an active social media user. He keeps sharing his personal life information in his timeline. Following his social media profile, we can be sure that Alexandru exchanged his wedding vows with his longtime girlfriend, Anda Paun, in October 2020. They had been dating each other for several years before their marriage. 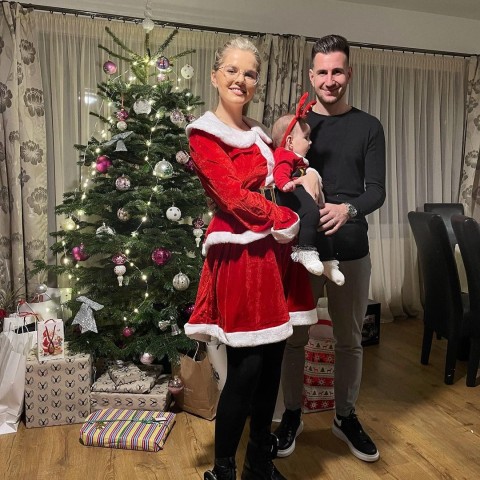 Adrian shares a photo with his wife and daughter SOURCE: [email protected]

Adrian and Anda have not shared much about their first meeting experience. They first posted a photo of them in November 2015. The duo opened about expecting their first child together in April 2021. The family of two extended to three with a daughter, Ema Maria, in July 2021. Paun is living a happy married life along with his wife and daughter.

Alexandra joined Triumf Daragasani's youth team in 2005 and started her youth career. He represented the club in numerous matches and then moved to CFR Cluj in 2008. The player played with its youth team until 2014 and made his professional debut in March 2014 against Corona Brasov. Paun struggled to get into the first team in his initial days.

Adrian signed a multi-year deal with the club. He has not transferred to any other club or has been loaned. Paun has appeared in more than two hundred games for the single club to date. The player's contract with the club is set to expire in 2024 and might extend in the future.

Adrian made his international debut in 2011, representing the U17 team. He appeared in three matches and then played for the U19 and U21 teams until 2016. Paun got his senior team call for the UEFA Euro 2020 qualification match and made his debut in June 2021 against England.