Pavel Mamayev is a well-known Russian football player. He is currently playing in the Russian Premier League for Fc Khimki. Pavel turned professional in 2005 with Torpedo Moscow. Mamayev plays as a Midfielder for his club and country.

Pavel Mamayev was born Pavel Konstantinovich Mamayev on September 17, 1988, in Shishkin Les, Russian SFSR. He is the son of Konstantin Mamayev and Olga Mamayev. Mamayev did not continue his formal education after completing his primary level. Regarding his physical appearance, Pavel stands five feet and ten inches tall and weighs 70 kg.

Pavel Mamayev's Net Worth in Millions

Pavel Mamayev has an estimated net worth of more than $3 Million. The player has earned most of his net worth through his successful football career. Mamayev has been playing at the professional level for more than fifteen years. He has an annual salary of £457,600 as per his contract. Pavel has a weekly wage of £8,800. 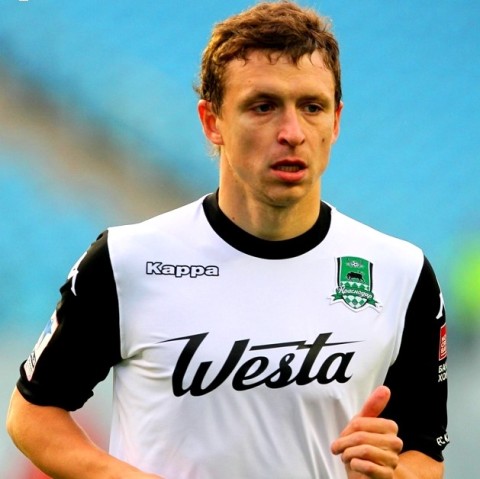 Pavel plays in the Russian League as Midfielder SOURCE: Pinterest

Pavel had an annual salary of £1.4 Million while playing with Krasnodar in 2014. A football player has multiple sources of income and makes a good amount from their sponsorship and advertising deals. Mamayev will be adding millions in the future.

Pavel is a married man living a happy married life and his wife and children. Mamayev walked down his wedding aisle along with Nadezhda Sanko in early 2022. They had seen each other for several years before exchanging their wedding vows. The couple invited their friends to the wedding ceremony, and they shared photos and videos from the holiday on Instagram. 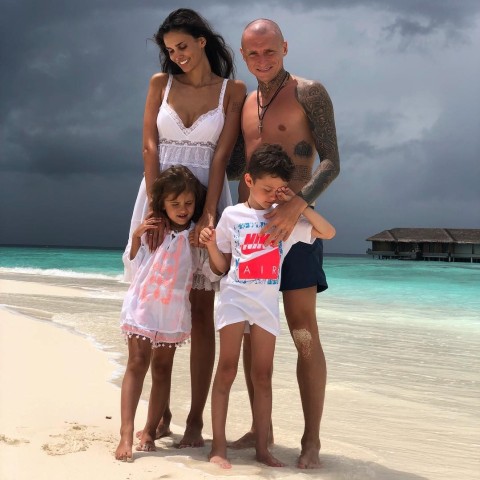 Pavel along with his former wife, Alana and children SOURCE: [email protected]_mamaeva

Pavel has had a failed marriage with his first wife, Alana Mamaeva. The love birds exchanged their wedding vows in 2013. The duo had three children, Evgeniya Mamayeva, Alex Mamayev, Alisa Mamayeva. This happy-looking relationship never remained the same after the birth of their children. They eventually got separated in early 2019 and finalized their divorce shortly. After the divorce, Alana got married to Aleksandr Lipovoy.

In early 2021, Mamayev moved to Khimki and signed for an undisclosed fee and contract details. Pavel plays with Denis Glushakov and Aleksandr Rudenko

Pavel made his international debut in 2008 with the Russian U-19 team. He earned his senior team call in 2010 and played in fifteen games for the senior team.