Adam Zimmer was an American professional football coach who served in the National Football League (NFL). The late coach was associated with teams like New Orleans Saints, Kansas City Chiefs, and Minnesota Vikings.

Besides being a coach, Zimmer also had experience as an American football player. Wearing number 28, he played for Minnesota Vikings from 2002 to 2005. His position was safety. He was also recognized as the son of Vikki Zimmer and Mike Zimmer, a former American football coach. Furthermore, Zimmer was working as an offensive analyst at the Cincinnati Bengals. Sadly, he passed away on October 31, 2022, aged 38 years.

How Did Adam Zimmer Die? Cause of Death Revealed

Zimmer passed away at the age of 38 on October 31, 2022. He died in his home in Mendota Heights on October 31. A week after Zimmer's body was discovered, it was reported that a search warrant testimony filed by police said they received a warning about a man who was unconscious after conceivably drinking excessively. 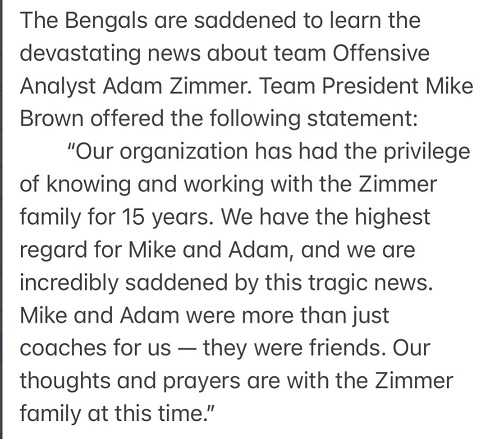 A statement shared by the Bengals  SOURCE: Twitter @TomPelissero

When police arrived at the scene, they discovered Zimmer dead on a couch, as the Minnesota Star Tribune reported. It is also said that he had suffered an eye injury. Initially, his cause of death was not announced as the investigation was going on.

According to the Hennepin County Medical Examiner’s Office, Zimmer's death was caused by chronic alcohol use.

How Rich Was Adam Zimmer? Net Worth and Career Earnings

Adam Zimmer may have racked up a decent fortune from being a professional football coach. During his professional career as a coach, Zimmer served on different teams. With them, Zimmer may have decent deals. However, none of the media outlets have given the facts regarding his contract. 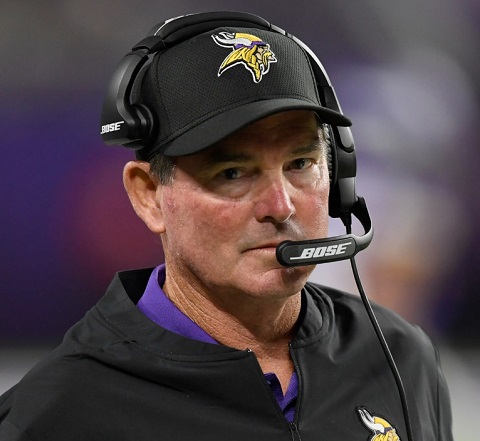 Due to the lack of his career earnings and salary, Zimmer's actual net worth remains under review. Before passing away, Zimmer served as an offensive analyst. Besides that, his father, Mike Zimmer, is a former football coach who has worked with many teams. So, Mike is estimated to have over $6 million net worth.

Zimmer was not married, and he didn't have a wife. Throughout his life, Zimmer was never involved in rumors or controversies about his love affair. So, it can be said that the late coach was single.

Also, Zimmer never talked about his love matter with the media. So, Zimmer never openly dated a lady. He was a private guy, just like another Sam Mills. Besides, Zimmer was a family man who spent his spare time with his family members.

Everything About Adam Zimmer Early and Professional Career

Adam Zimmer was interested in pursuing a career as a football coach from the age of 10. After playing for the Trinity University Tigers football team, his coaching career started with the New Orleans Saints. In 2006, he began working as an assistant linebackers coach. He assisted the team until 2009 and moved to the Kansas City Chiefs. 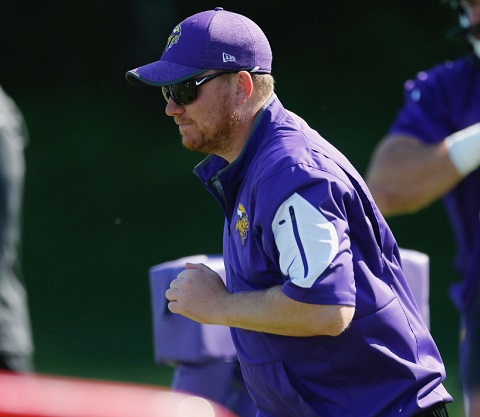 Zimmer remained at the Kansas City Chiefs from 2010 to 2012. Along with his father, Zimmer joined the Cincinnati Bengals in 2013. Likewise, he became the linebackers coach for the Minnesota Vikings in the 2014 season. Also, he was the co-defensive coordinator for the team.

Later, Zimmer was fired from the team and returned to the Bengals, working as an offensive analyst.