Corey Conners is a Candian professional golfer. Turned pro in 2015, he played on PGA Tour Canada, PGA Tour Latinoamérica, the Web.com Tour, and currently competes on the PGA Tour. On 10th April 2022, he reached No. 31, his highest ranking to date.

How Much Is Corey Conners' Net Worth?

Competing in 123 events with 86 cuts, Corey Conner has earned a good deal of money through golf. His career prize money is reported as $6,903,801.

Like other athletes, the golfer has endorsements and sponsorship. As of 2022, his net worth is approximately $5 million.

Corey Conners' Wife: Is He Married?

Corey Conners is married to Malory Conners. They announced their engagement by posting a photo of a Titleist golf ball with an engagement ring on it in February 2018. Later eight months the couple tied the knot. 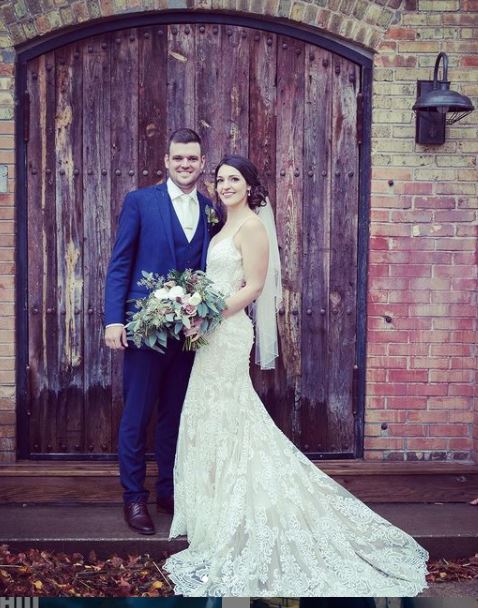 Corey is not shy to flaunt the love of his life on his IG where he has 12.7k followers. On the contrary, his wife, Malory has set her IG account private.

Corey Conners turned professional in 2015 and played in the RBC Canadian Open the following season. In the fall of 2016, he tied for 42nd at the Web.com Tour qualifying tournament, which earned him on the Web.com Tour in 2017.

In March 2018, he recorded the 54-hole lead at the Valspar Championship in Florida, one stroke ahead of Justin Rose, Brandt Snedeker, and Tiger Woods. He concluded the season 130th in the FedEx Cup, five spots out of full status for the 2019 season.

On April 7, 2019, Conners won the PGA Tour's Valero Texas Open, which grants him the final spot in the 2019 Masters Tournament. Due to his conditional status, he had to compete in a Monday qualifying event. There he earned the final spot after a six-man playoff, becoming the first Monday qualifier to win on the PGA Tour since Arjun Atwal at the 2010 Wyndham Championship.

Conners 2019 season was finished in 31st place. Further his 21st rank at The Northern Trust and 7th at the BMW Championship earned him a place at the Tour Championship.