Adam Gase is a rising American football coach. He worked as the head coach for the New York Jets in the National Football League for a season. Adam is on a break from his working career. Gase started working as a coach in 2000 as a graduate assistant at the Louisiana State University.

Adam Gase was born Adam Joseph Gase on March 29, 1978, in Ypsilanti, Michigan. He is the son of Art Gase and his wife. Much about his early life and parent is still under the radar. Gase graduated from Marshall High School and enrolled at Michigan State University. He later enrolled at the Louisiana State University for his graduation.

Adam Gase has an estimated net worth of more than $5 Million. He has been working in the business for more than two decades. Gase recently took off from his working hours to spend some time with his family. Adam started his professional career in 2000 and worked with LSU as a recruiting Intern with a salary of $12,000. As per sources, his father had arranged for a job interview at an insurance company with a salary of $38,000 but refused to focus on a football career. 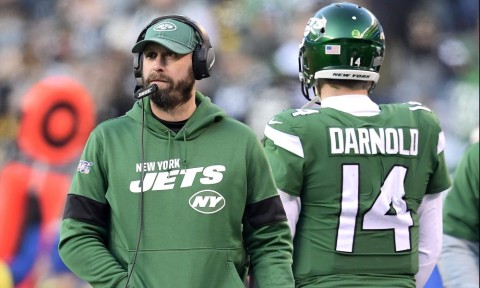 Adam is very much private about his earnings and salary. He does not share a word about his salary and contract and does not allow the franchise to disclose his payments. As per sources, Gase took home a salary of more than $5 Million while working as an interim general manager and Head COach of the New York Jets in the 2019/20 season. Adam is very much early in his career and will be making millions in the future.

Adam walked down his wedding aisle along with his longtime girlfriend, Jennifer Vitt. In the early 2010s, at a private wedding ceremony in front of their parents and close friends. Adam and Jennifer are the proud parents of three children, McKenzie, Wyatt, and A.J. Gase. 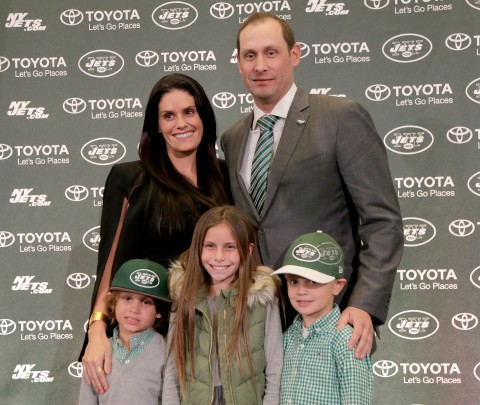 Adam takes his family at an event of the New York Jets SOURCE: Jets Wire

Adam does not show much presence on social media. He has successfully kept his personal life away from the press. Gase keeps taking his family to watch his games regularly and is very supportive of his family.

Adam worked with the 49ers for a season, and Denver Broncos hired him as their Wide receivers coach. He was part of the club until 2014, with numerous roles added along the way. In 2015, Gase moved to Chicago Bears as offensive coordinator. In 2016, Miami Dolphins hired him as their new Head Coach in the NFL. In 2019, He joined New York Jets as Head Coach and Interim General Manager.

At the end of the 2020 season, the Jets fired him. As per sources, In June 2021, Gase accepted a job at a High School as their head coach.