Abramo Canka is a very talented Italian professional basketball player. He is a Shooting guard / Small forward who is currently signed to Lokomotiv Kuban but is playing on loan for Nevezis Kedainiai of the Lithuanian Basketball League (LKL). He has also represented his nation on the international stage when he played for Italy at the 2018 FIBA U16 European Championship.

Hailing from Genoa, the sixth-largest city of Italy, Abramo Canka was born in 2002. He celebrates his birthday on the 18th of March every year, making him 19 years old as of this writing.

Likewise, he goes by the birth name of Abramo Pene. He was raised by a Senegalese father and an Albanian mother. Apart from that, there is no information on if he has any siblings and on his education.

Abramo Canka began playing basketball in his teenage years for the Tigullio Sports Team Ligure. Later, in 2016, he enrolled at Stella Azzurra Roma, the Serie B club's youth academy. Initially, he played for the under-18 team of Stella Azzurra Roma.

In his first season, he displayed amazing gameplay. However, his stats went down in the next season. Due to that, he was given on loan to Roseto Sharks in 2018. While he played for Roseto Sharks, he managed to learn different tactics and successfully implemented them.

In 2018, he got selected to represent his nation at the 2018 FIBA U16 European Championship. He played seven games in the tournament and averaged 7.1 rebounds, 1.9 steals, 2 assists, and 10.6 points per game. Sadly, the team only reached 12th place.

When the loan period with Roseto Sharks ended in 2020, he returned to Stella Azzurra Roma. Soon, his name was in the U18 squad, and he played at Adidas Next Generation Tournament Munich. The team reached the tournament's finals, with Canka averaging 4.3 rebounds, 2.3 steals, 4.3 assists, and 16.8 points per game.

Sadly, all of that wasn't enough for the team to keep him as he was released from the team. In June 2020, he was signed by Lokomotiv Kuban of the VTB United League. However, he didn't play for the team as he was given on loan to the Lithuanian Basketball League's Nevezis Kedainiai team just six days after he signed the contract. 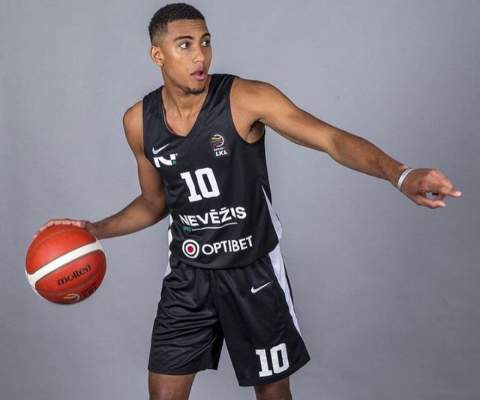 Nonetheless, he has continued to showcase his talents and skills on the basketball pitch. For the team, he has displayed amazing gameplay and has impressed everyone. There, he plays alongside some very talented players, including the Power Forward Ariel Hukporti.

Abramo Canka's exact earnings are yet to be disclosed. However, as per some sources, it is known that the average salary of a professional basketball player in Italy is $65,000, going up to the highest of $100,000. However, he currently plays in the Lithuanian Basketball League where he reportedly earns about $100,000 annually.

Considering the amount plus the years Canka has played basketball, it must be sure that his net worth is around some million dollars. He has an endorsement deal with Nike and can be seen promoting Nike shoes and products on his Instagram.

Is Canka in a Relationship? Personal Life Details

The Italian-born basketball star is probably single and isn't dating anyone. His social media handle also doesn't give any hints on him currently dating anyone or being in a relationship with anyone in the past. 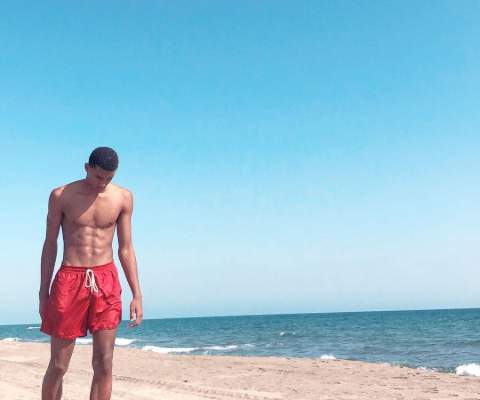 Noting that, it can be assumed that he is more focused on growing his career.