Davide Alviti is an Italian professional basketball player playing for Olimpia Milano of the Italian Lega Basket Serie A and the EuroLeague. Since 2021, Alviti has been representing his current team. Before that, he played for Pallacanestro Trieste.

Likewise, the native of Alatri is also a national player playing for Italy's national basketball team. Alviti was interested in pursuing a career as a basketball player from a young age. So, his basketball career kicked off in 2013. Since 2020, he has been playing for professional teams competing in different leagues.

Who are Davide Alviti Parents? His Siblings

Davide Alviti was born to his parents on November 5, 1996, in Alatri, Italy. His father is Giulio Alviti, while his mother's name remains a mystery to the internet. Alviti shares a strong bond with his parents and often shares images with them on Instagram. 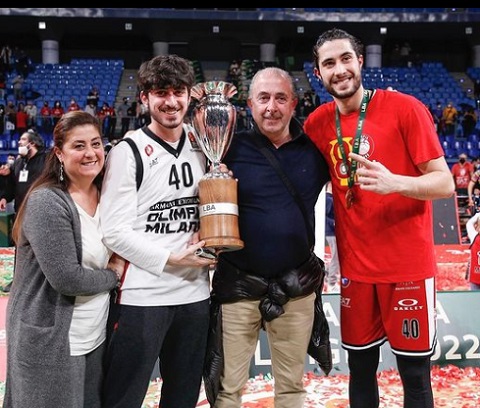 Also, Alviti has a brother named Alessandro Alviti. They grew up together, and the Alviti brothers have a strong bond. We can see their pictures on social media too.

Davide Alviti Net Worth and Salary

Alviti makes a fair sum of money from being a professional basketball player. He has been playing for a long time. Currently, he plays for Olimpia Milano, but the contract details with the team remain unknown. Davide Alviti has an estimated net worth of more than $500,000.

A basketball player playing in the Italian Lega Basket Serie A earns $180,000 to $350,000 annually. Likewise, he previously played for Pallacanestro Trieste. While representing them, Alviti may have taken home a considerable profit. 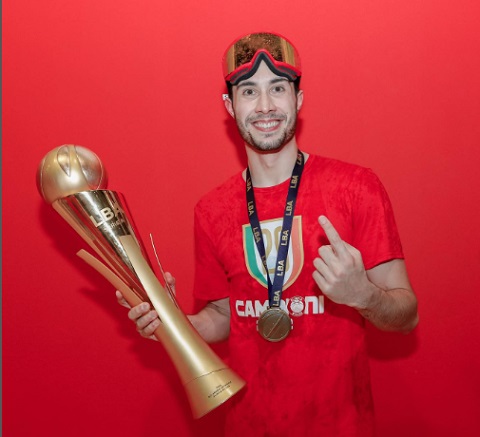 Love Affair: Does Alviti Have a Girlfriend?

Alviti has no girlfriend, as he currently leads a single life. The professional basketball player is at the peak point of his career. So, rather than getting involved in a romantic affair, Alviti may prioritize his career.

Meanwhile, Alviti is a private guy who keeps all of his details away from the media. Due to that, there have been no records of the basketball player having affairs in the past too. Further, Alviti has a strong presence on Instagram, like another basketball player Nico Mannion.

We can get further updates on his life by following Alviti under the username @dad0.4.

Alviti developed an interest in playing basketball from an early age. Chasing his dreams, Alviti went on to play basketball and began his career in 2013. The 6 feet 7 inches tall player initially went to Universo De'Longhi Treviso.

Later in 2020, Alviti joined to play with Pallacanestro Trieste. And since 2021, he has been playing for Olimpia Milano. He has made a great contribution to the team by winning some games. Alviti was a part of the team that won the title of the Italian Cup in 2022.

Also, Alviti played for the team and helped them to win Italian League in 2022. Besides that, he is a national player representing the Italian national team.