Ghanaian footballer Abdul Mumin is widely known for his outstanding football-playing skills. He plays as a center-back for La Liga club Rayo Vallecano. Besides, Mumin wears jersey number 16 in his squad, and the footballer also plays as a right-back.

Further, Mumin is also a national player who plays for the national team of Ghana. Beginning his football career with Right to Dream, Mumin has come a long way and is doing pretty well. Being a professional footballer, Mumin has earned a good amount of money, and his earnings are pretty impressive.

Fans are always asking about the career earnings of Rayo Vallecano player Abdul Mumin. He is currently signed with La Liga club Rayo Vallecano, and he has been representing them since September 1, 2022. When he joined the team, Mumin received a massive deal of €1.50 million. 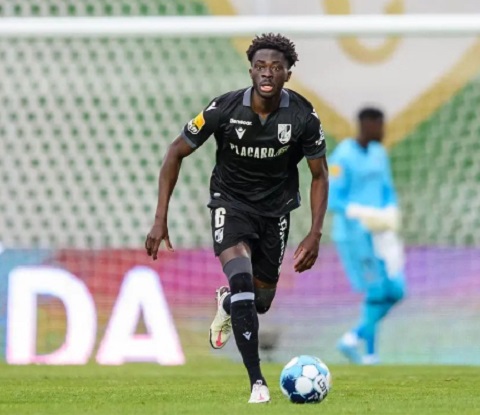 So, Mumin takes a decent salary from his current club. According to Salary Sport, Mumin earns £13,000 weekly, and he earns £676,000 yearly. He is also a Ghanaian professional footballer like Joe Wollacott and Daneil Amartey, who makes money from brand endorsement.

Exploring his career earnings, it can be speculated that, Mumin has an approximate net worth of around $1 million.

Well, Mumin is a young footballer who appears to be single as of now. There have been no records of Mumin being involved in a romantic relationship. Just like other footballers, Mumin is not engaged in rumors regarding his love matter.

From this, it also becomes clear that the footballer's nature is private, and rather than exposing his personal matter to the media, Mumin keeps it secret. In the same way, it can be stated that Mumin has never dated a lady in the past.

Meanwhile, we can find Mumin on Instagram as @abdulmumin.suleman, where the footballer often posts details of his games and events. So, he may share some updates on his love life in the coming years.

Mumin began playing football after joining the youth system of Right to Dream before moving to play with Nordsjalland in 2016. Mumin played with their youth team until 2017. After that, Mumin also played for the senior team.

With Nordsjalland, Mumin appeared in 43 games and also scored a goal. In 2018, Mumin was loaned to the Danish 1st Division club HB Koge and played in 13 professional matches. And on August 15, 2020, he signed a professional deal with Portuguese Primeira Liga club Vitoria S.C. 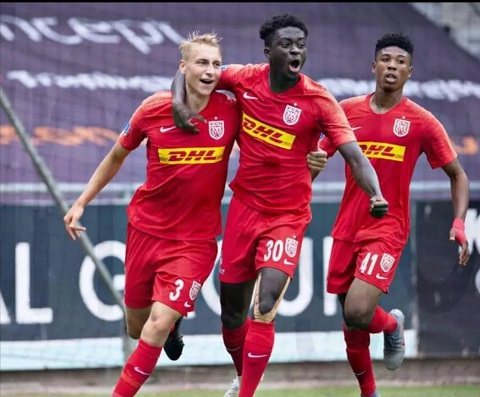 So, representing them, Mumin appeared in 51 matches. Since September 1, 2022, Mumin has been playing for La Liga club Rayo Vallecano. More to this, he is also listed in the Ghanaian squad, which is playing in the upcoming world cup.

Abdul Mumin was born Khalid Abdul Mumin Suleman on June 6, 1998, to his loving parents in Accra, Ghana. So, Mumin holds Ghanian nationality and has a height of 6 feet 2 inches.

At the moment, Mumin has not revealed many details about his family life. So, we can't share the names of his father and mother too.