Aaron Joshua Nesmith is an American College Basketball Player who plays for the Vanderbilt Commodores. After finishing his season for the Commodores, he has declared for the 2020 NBA draft happening on 25 June 2020. Coming out of high school, he was rated a four-star recruit by ESPN and 247 News.

Joshua was born on 16 October 1999 under the star sign Libra. He was born and raised in Charleston, South Carolina alongside brother Eddie Nesmith. He attended Porter-Gaud High School.

Aaron Nesmith Net Worth: 2020 NBA Draft and Projected salary in 2020

Upon declaring his 2020 NBA Draft, the soon to turn pro Aaron Nesmith will definitely have a huge net worth in the coming future but as of 2020, his net worth is still under review. As a college student who attended Vanderbilt over offers from Florida, Harvard, Virginia Tech, and Columbia, Aaron might not have received any cash from his college but would surely have received a scholarship upon entering which is worth $50,000. 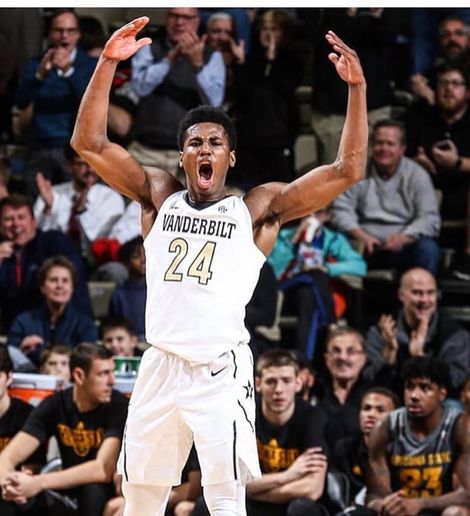 The small forward for the Commodores is ranked #13 above Patrick Williams and below Tyrese Maxey, in the 2020 NBA draft prospect by the CBS Sports and should be selected in the mid-late pick of the first round which ensures him a contract worth million after the draft.

Since he has not earned any income from his college career, his net worth is still under review and will be updated soon.

Aaron Nesmith Girlfriend: Who is he Dating?

The 24 for the Vanderbilt is dating Jordan Smith who does Track and Field in the same University as Aaron. The couple has been together since 24th March 2019 and recently celebrated a year-long anniversary where Jordan posted a picture stating,

"And to think I didn’t even like you that much at first :) Happy one-year @aaron_nesmith I love you very much??" 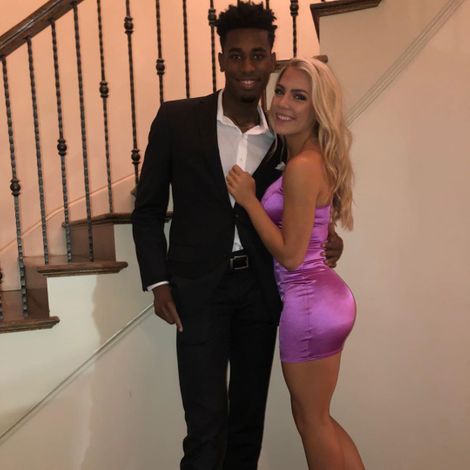 The couple met at Vanderbilt University in their freshman year and they started dating after Aaron proposed to her.

Jerry Stackhouse further added, "We don't anticipate him being a part of what we're doing any more this season."

The proper details about his injury haven't been revealed in any media but he has recovered from his injury.

Nesmith is known for his longshot on the court who has a wingspan of 6' 10'' who can also make impressive dunks.