Brayden Tyler Quinn, famously known as Brady Quinn, is one of the renowned names in the NFL. He is a former professional American football quarterback who is currently a college football and NFL game analyst for Fox Sports. Cleveland Browns first drafted him as a first-round pick in the 2007 NFL Draft.

Besides being a pro footballer, Quinn is also a college football and NFL game analyst for Fox Sports. Married to his wife, Alicia Sacramone, Quinn has an estimated net worth of $10 million.

How Much Is Brady Quinn's Net Worth In 2022? Know His Career Earnings and Salary

Currently 37, Brady Quinn has an estimated $10 million in 2022, including his properties and earnings. The maximum of his net worth is built through his professional career as an NFL player and Fox Sports Analysis. 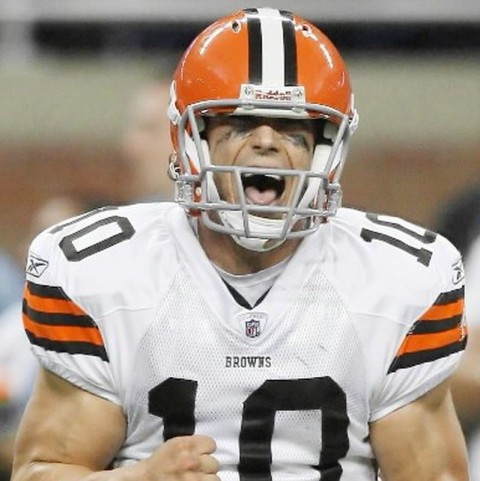 Brady played in the NFL for seven seasons SOURCE: Cleveland

He is currently working as a sports analyst for Fox so he might be earning well. According to the source, the average salary for a Fox Sports Analyst is $83765 per year, ranging from $72807 to $93197.

Moving on to his personal Life, Brady Quinn is a married man. After dating secretly for a long time, Brady Quinn tied the know with Alicia Sacramone. Alicia is also a renowned name in sports as she is a retired American artistic gymnast. The couple together has three children, Sloan, Teagan and Cass. 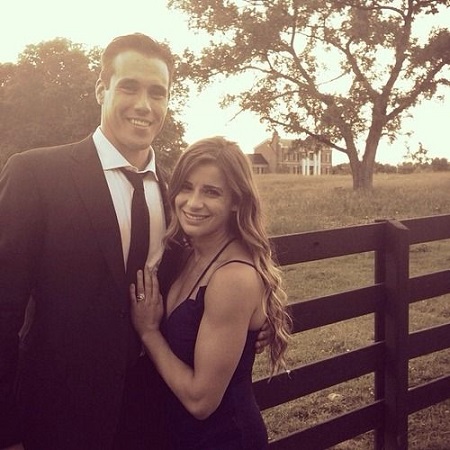 They both live happily together, and there isn't any rumor regarding their divorce. Brady is a loyal husband. He is one of the inspiring names in sports and is 6 feet and 3 inches tall, and weighs around 236 lbs.

Brady Quibb was born on October 27, 1984, in Columbus, Ohio, in the United States. His nationality is American, and he belongs to the white ethnicity.

He is the son of Tyrone J. Quinn and Robin D. Quinn. He also has siblings: Laura Quinn Hawk and Kelly Katherine Quinn. Born in Ohio, he went to Dublin Coffman High School.

Moving on to his professional career, he went to Dublin Coffman High School in Dublin, Ohio, and ranked sixth on the Detroit Free Press, “Best of the Midwest” team and was listed at number 20 on ESPN’s list of the nation’s top 100 prospects. It shows that he was passionate about football from his early days.

After high school, Brady went to Notre Dame and played there for all four seasons. He was awarded a Johnny Unitas Golden Arm Award and a Maxwell Award in his four-year-long college career, to recall a few.