News 2022 Champions League Round of 16 Draw: Which Team are Facing Each Other?

2022 Champions League Round of 16 Draw: Which Team are Facing Each Other?

Champions League Draw has been drawn for the Round of 16. There are a few games to wait for in the upcoming season. One of the biggest highlights will be watching the Bundesliga Giant Bayern Munich facing the French League Topper, PSG, which is highlighted with the stars like Messi, Mbappe, and Neymar. Also, Spanish Giant Real Madrid will face the last season's finalist, Liverpool. 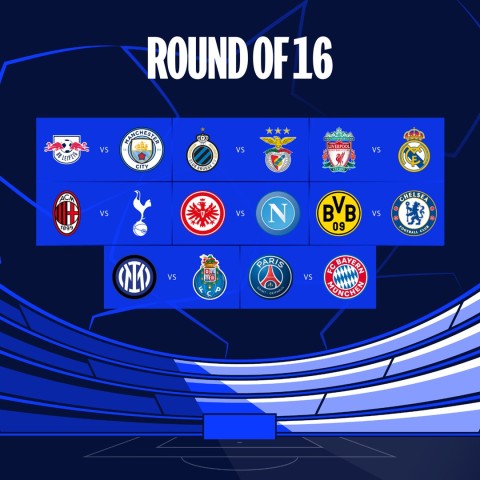 Who Will Face Each Other Round of 16

The draw was held at UEFA headquarters in Nyon, Switzerland. It will be interesting to see what the result will be. Liverpool is having a difficult season in club football back in their home country but has produced some excellent results.

One of the biggest games will be between Munich and PSG. Munich qualified for Round 16, winning all their group-stage games, and PSG finished second behind Benfica. The game will start after the FIFA World CUP 2022.