Zion Clark is now a professional MMA fighter who made his professional MMA debut fighting against Eugene Murray. He is a former American college wrestler born with no legs. After every judge gave him 30-27 scores, Clark officially became 1-0 as a pro-MMA fighter.

Besides, Clark is also a world record holder who broke the world record by walking 20 meters fastly just from his hands on September 22, 2021. Clark completed the walk within 4.78 seconds. He is also famous for his inspirational documentary on Netflix called Zion. His film also garnered critical acclaim at the prestigious Sundance Film Festival in 2018. Besides his career as a wrestler, Clark remains busy as a motivational speaker.

How Much Is Zion Clark's Net Worth? MMA Fighter's Earnings Details

Zion makes a decent amount of money from his profession. He just made his MMA debut and won it too. There is no shadow of a doubt that his bank balance will skyrocket in the coming years. Exploring the internet, it can be said that Clark has an estimated net worth of around $200,000. 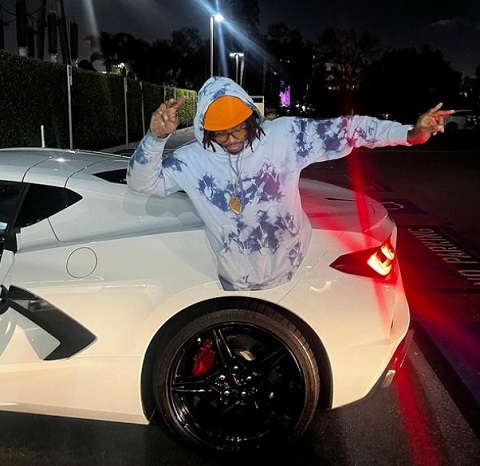 Clark may have made a fair profit when making his professional MMA debut. However, the details regarding his prize and PPV earnings also remain unknown. Before coming to mixed martial arts, Clark was a wrestler.

Likewise, Clark is now entirely focused on his career. Being an athlete, Clark may have worked with some brands that may be paying him well. His Instagram posts show that he enjoys a quality life to the fullest. Clark often posts snaps from various locations. We can also see him posing with fantastic sports cars that cost over a million dollars. Also, Clark wears clothes from luxury brands, including Versace and Gucci.

Does Clark Have a Wife? Details On His Love Life

Clark does not have a wife, and he is not married. However, the fighter is having a romantic affair with his gorgeous girlfriend, Bodacious Teitei. Like many internet couples, Clark and his girlfriend also live lowkey lives and do not come up openly in the media. 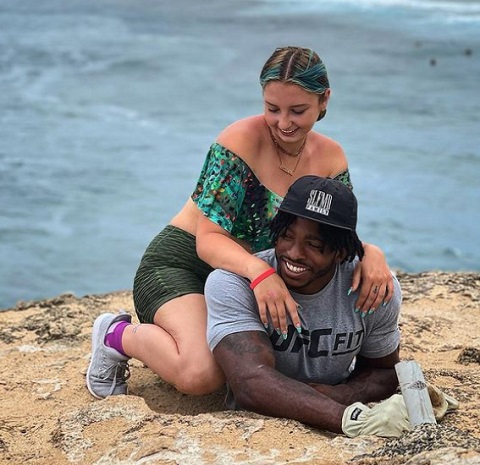 Zion Clark and his girlfriend Bodacious are on a beach. SOURCE: Instagram @bigz97

Despite staying away from the limelight, their love life has garnered many people's eyes. According to Netline, Clark and Teitei began their romance on January 4, 2021. Their first post on Instagram was made on the same day. After that, Teitei started sharing their snaps quite often.

Teitei is also a supportive girlfriend who supported Clark when he went for the Guinness World Record for the fastest person on hands. The lovebirds celebrated Teitei's 24th birthday and shared some moments on social media.

Clark's girlfriend, Bodacious Teitei, is a model and twitch streamer from Harlem, NYC. Teitei is from the LGBTQIA+ community and uses they/them pronouns. 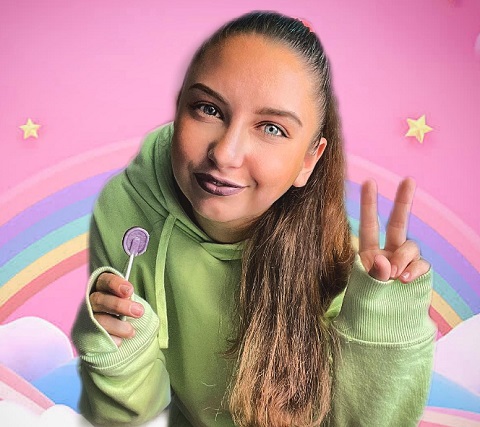 Teitei has decent followers on Instagram, which we can follow as @bodacious_teitei. On Instagram, Teitei shares her daily lifestyle. Also, Bodacious has posted some moments with Clark. On October 2021, the duo went to Kauai, Hawaii, and Teitei posted a cute image on Instagram.

Insights on Zion Clark's Career: Story From Wrestling to MMA

Zion was introduced to wrestling while in elementary school. He struggled, and in his initial phase, he didn't win a match for several years. When he went to Massillon High School, he met Coach Gil Donahue. Gil was the one who recognized Clark's passion for the sport and relentless work ethic.

So, Gil coached him, and after three years, Clark developed his wrestling technique and hit the weight room as a man possessed. In his senior year, Clark finished the season 33-15 and was one match en route to the D-I Ohio High School State Wrestling Championships. Later, Clark was recruited by several colleges to wrestle and chose to attend Kent State, where he spent two years steadily improving his skills and finding success at the varsity level. 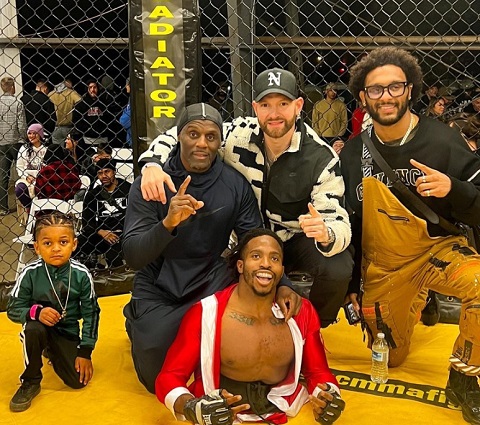 Clark began dreaming of more challenges in his life. So, he became the first American Athlete to contend in the Olympic (wrestling) and Paralympic (wheelchair racing) Games in Tokyo (2020). Clark also developed a good friend circle and was close to Jordan Burroughs. Furthermore, Clark got more into media prominence when his film, "Zion," was released.

After that, Clark began training hard as he aimed to pursue a career as a professional MMA fighter. His MMA career began in December 2022. Clark made his professional MMA debut on December 17, facing Eugene Murray. Clark defeated Murray by unanimous decision. Following his first win, Clark is looking to keep the momentum going. Also, Conor McGregor congratulated the newly-turned MMA fighter.

Zion Clark was born on September 29, 1997, in Columbus, OH. The are not many details regarding his biological parents. It is reported that his biological mother's name is Melanie. Besides, his adoptive mother, Kimberli Hawkins, adopted Clark when he was seven months before his 18th birthday. 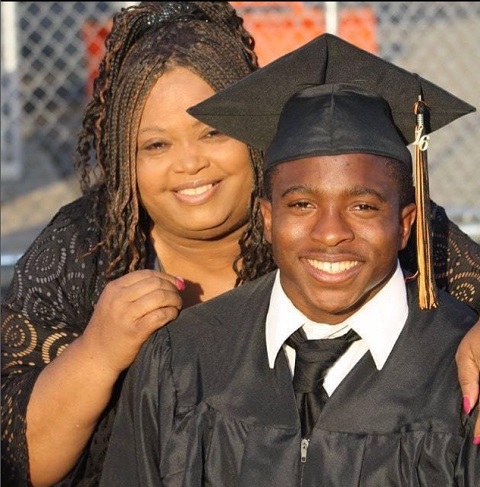 What Condition Does Zion Clark Have?

Clark was born with a rare congenital disability called Caudal Regression Syndrome. This condition caused him to be born without legs. CRS affects an equal proportion of boys and females. So, while growing up, it wasn't easy for Clark. 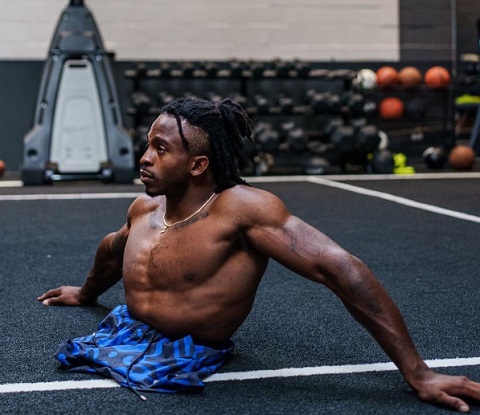 Zion Clark is in the gym. SOURCE: Instagram @bigz97

The former wrestler has opened up about his early life. In school, he experienced bullying as a child due to his stature. The bullying hurt, but instead of feeling depressed, Clark channeled that anger toward wrestling. So, he began wrestling when he was in grade two.