Thea Megan Trinidad, who is famous on the name Zelina Vega, is a WWE-signed professional American wrestler, professional wrestling manager, and actress, where she performs on the brand SmackDown.

Zelina Vega previously worked as Rosita in Total Nonstop Action Wrestling (TNA) and under her real name for several independent promotions. Also, she is married to her long term boyfriend, Aleister Black.

Zelina Vega Salary, Net worth in 2019; How is her Lifestyle?

Zelina Vega has a net worth estimated at approx. $2 million in 2020. With the professional contract, wrestlers get basic annual wages plus traveling allowances and bonuses. The average wrestler on the roster, according to WWE, makes a basic salary from $500,000 to $1 million a year. 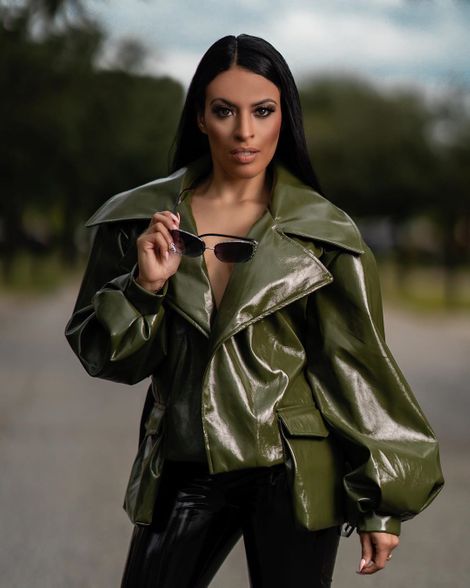 Despite being a famous wrestler and manager, Zelina's annual or basic salary is behind the curtain. Also, her career earning is also under review.

Her husband is also a professional wrestler and has his own clothing Merchandise so their net worth is high more than it is reviewed.

According to the sources, Zalina follows a lavish lifestyle and live a high profiled life.

Is Zelina Vega Married? Who is her husband?

Zelina Vega is a married woman. Further, she got married to her professional fellow WWE wrestler Aleister Black back in 2018. They dated for like a year or so and tied their wedlock promising to live a happy life. They first met each other on NTX Championship.

In addition, there were rumors about her dating some guys before her marriage with her spouse.

According to some sources, there were rumors about her linkup with Andrade but got dusted when she got hitched. Zelina and her husband spend quality time with each other. Further, they live in Florida which is itself a tourist area and they can refresh and relax together a lot. 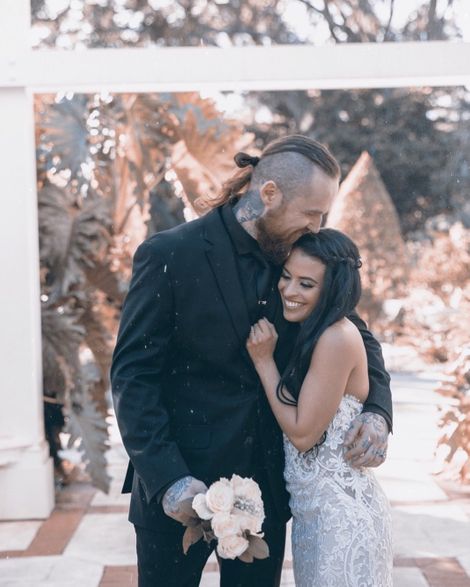 Zelina Vega and her husband Aleister Black on their wedding SOURCE: [email protected]_vegawwe

Earlier, Vega was also rumored to have an affair with Austin Aries. However, she denied the rumors with a statement that read:

"We are NOT together and have not been together for a very long time. We were certainly NEVER married or engaged. I’ve moved on a long time ago and do not wish to be associated with him.”

Zelina spends quality time with their respective parents and loves them a lot.

Zelina was born in Queens, New York, on December 27, 1990, to her parents Micheal Trinidad and Monique Ferrar. Also, she grew up with her younger brother Timothy. Further, her racial background is mixed and is an American in nationality. In addition, her star sign is Capricorn.

Happy birthday to the man that keeps me inspired to live life, work hard, stay humble and never take no for an answer. I accomplished our dream and will continue to fight everyday. You're my compass. Always leading me in the direction I was meant to go. I love and miss you Dad.. Rest In Paradise ???? #MyGuardianAngel #MyCompass

Zelina grew up watching professional wrestling with her father and brother and was inspired by Rey Mysterio. Zelina said her father made her enter the wrestling business because of her. She was featured on September 5, 2011, in an NBC special, titled Children of 9/11.

Zelina Vega had chosen to pursue a wrestling career at the age of 17 and this saw her beginning training under Javi-Air, Azrieal, and T.J. Perkins. She was learning quickly and was willing to make her professional wrestling debut soon enough.

Vega debuted at National Wrestling Superstars (NWS) Bloomfield, New Jersey on February 20, 2010, with the ring name ' Divina Fly. ' She started with a streak of losses, however, but soon picked up a fine form of fighting. Tommy Dreamer, who took her to Total Nonstop Action (TNA) Wrestling, discovered Zelina Vega.

By June 2017, by signing a contract with WWE, Zelina Vega had achieved that dream by seeing her start training at the WWE Performance Center and forming alliances along the way.

Zelina also tried her hands on acting; she took part in the 2012 film Dorothy and the Witches of Oz, the critically acclaimed 9/11 Children documentary, and is expected to portray AJ Lee's character in the future fighting film Fighting with My Family.