Zach Sieler is a rising American football player. He is currently playing in the National Football League with the Miami Dolphins. Sieler plays as a defensive tackle for his club and country. Sieler turned professional in 2018, playing with Baltimore after they picked him in the seventh round.

Zach Sieler was born on September 7, 1995, in Pinckney, Michigan. He is the son of Randy Seiler and Kym Seiler. Much about his parent's occupation is under the radar. Sieler graduated from Pinckney High School and enrolled at Ferris State University. Talking about his physical appearance, Sieler stands six feet and six inches tall and weighs 135 kg.

Zach Sieler's Net Worth in Millions

Zach Sieler has an estimated net worth of more than $2 Million. The player has earned most of his earnings through his salary and contract. Zach signed a Sieler to a three-year contract extension through the 2023 season with an annual salary of $3,815,000. He will receive a guaranteed amount of $3,800,000. 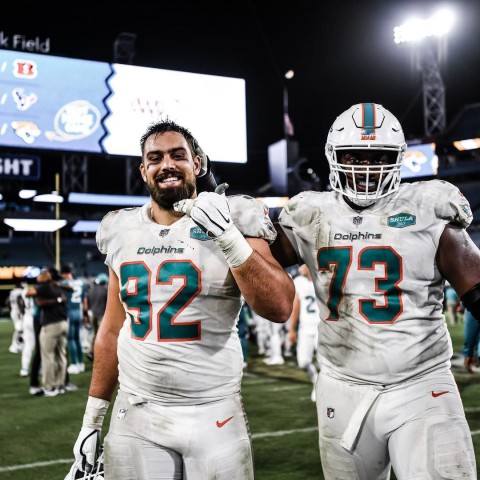 Zach plays in the NFL with the Dolphins SOURCE: [email protected]

Who is Zach Sieler Married To? Know About His Relationship Status and Wife

Zach is an active social media user. He keeps sharing his personal life information on his Instagram timeline. Following his posts, we can be sure that Sieler is married to his longtime girlfriend, Hannah Cook. The love birds had been dating each other for several years before their marriage. Nothing much about their first meeting experience is shared with the public. 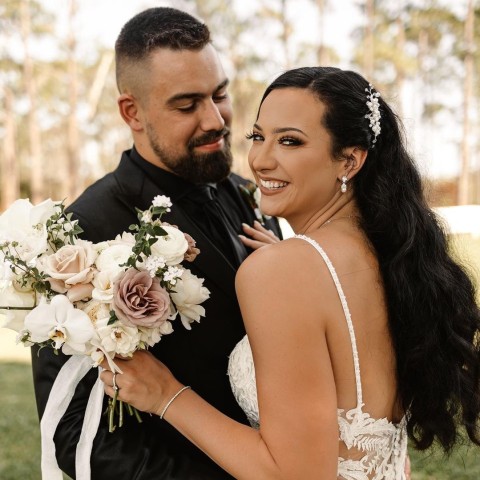 Zach shares a photo of his wedding SOURCE: [email protected]

Zach and Hannah exchanged their wedding vows at a private wedding ceremony on February 26, 2022. They had invited only a few close friends and some relatives from both families. Sieler first posted a photo with Hannah in June 2019. The duo is yet to welcome a new member to the family.

Zach started playing football in his early days. He was part o the High School football team. After graduating from High School, The player received numerous offers and enrolled at Ferris State University. He was a regular member of the team. In 2018, Sieler graduated from University and listed his name for the 2018 NFL Draft.

Baltimore Ravens drafted him in the seventh round overall 238th pick. He signed a multi-year contract with the club. None of the parties ever shared about the contract. The player had ups and downs with the club and then moved to Miami Dolphins in late 2019. In April 2020, Zach was re-signed to a one-year contract by the Dolphins. At the end of the season, He extended his contract until the 2023 season.