Zachary Adam Ertz a.k.a. Zach Ertz is an American footballer who plays with the Philadelphia Eagles of the NFL. The twenty-eight years old was drafted by the Eagles in the 2nd round of the 2012 NFL Draft. Moreover, the hunk played college football at Stanford, where he was known as a unanimous All-American.

With a prosperous career, the football tight end has a wealthy private life too. He is married to his long-time girlfriend. As of 2021, his net worth is estimated at $16 million.

Zach Ertz is a happily married man. The Philadelphia star tied the knot with a professional footballer Julie Johnston Ertz who is also a starting defensive midfielder for the U.S. Women's National Team and for the Chicago Red Stars.

Happy anniversary my love @julieertz!! The constant love and support you show me each and every day is the most amazing thing I could have ever asked for! I thank God everyday He put you in my life! I love you!

The duo met in 2012 at a Stanford baseball game. Initially, they started liking each other which later bloomed out to be a romantic relationship.  After dating for years, on February 26, 2016, Ertz proposed to Johnston at Klein Field, the Stanford University baseball stadium where the pair first met. 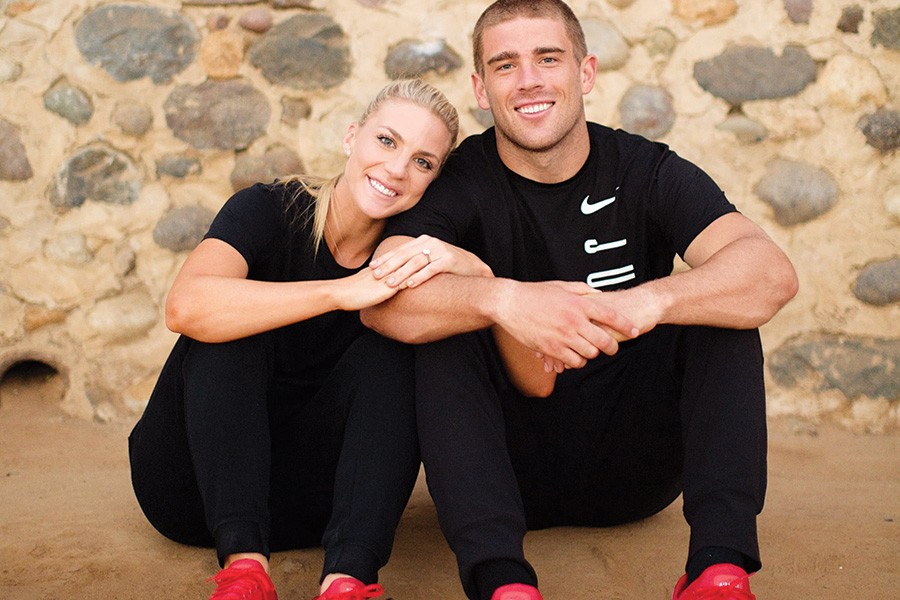 The following year on 26th March, Ertz, and Julie exchanged the wedding vows in Goleta, California. Also, the duo was featured in ESPN The Magazine's Body Issue 2017. As of now,  Ertz and his spouse reside in Center City, Philadelphia. There is no news and rumors of Ertz being involved in any kind of affair with other ladies.

Standing at the height of 6 feet and 6 inches and his billed up weight is 6 feet 6 inch.

The very much talented and gifted Zach Ertz was born on 10th November 1990, in Orange, California. His star sign is Scorpio. He is an American by his nationality and belongs to white ethnicity. He was raised alongside his siblings Nick Ertz, Jackson Ertz and Shane Ertz by their parents: Lisa Ertz and Doug Ertz. His father, Doug, was a proficient football player who played for the Lehigh University from 1981 to 1984.

He enrolled at Monte Vista High School where he played football and basketball. After graduation, he played for the Stanford Cardinal football team. During his junior year, however, he announced that he would enter the NFL Draft.

On 9th May 2013, he signed his first pro contract with Eagles to a four-year $5.37 million. Following his impressive performance, he signed a five-year, $42.5 million extension contract on January 25, 2016.