An American football player, Travis Kelce currently plays for the "Kansas City Chiefs" in the National Football League (NFL). Similarly, Kelce played at Cleveland Heights High school and the University of Cincinnati where he was a star quarterback.

Travis Kelce established himself as one of the famous personalities in the field of football. He earns $10,718,40 in 2019 with the base salary reported to be $7.5 million. The remaining amount is from various bonuses.

Kelce has an estimated net worth of $15 million.

Apart from this, Kelce is often seen enjoying holidays at the most expensive destinations which undoubtedly proves the fact that he is really sound in terms of money.

Currently, Kelce is enjoying his relationship with his girlfriend, Kayla Nicole, a model. Nicole often keeps on sharing their lovely snaps via her official Instagram account. The couple is together since 2017 and was even spotted vacationing in Paris last summer. 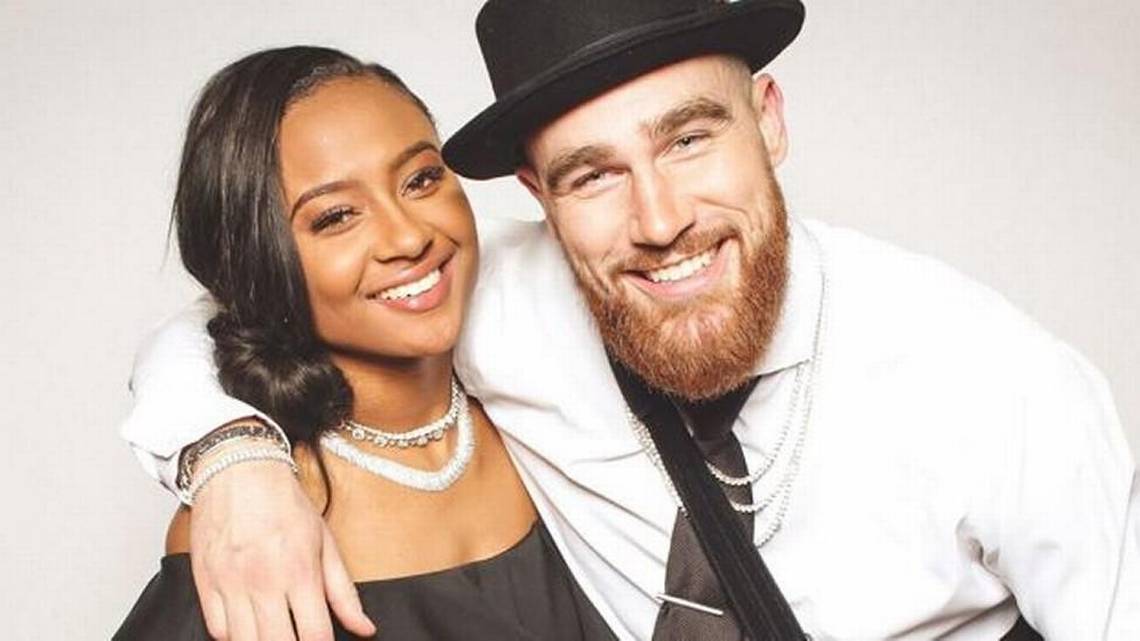 In 2019, Travis' girlfriend was also admired by ESPN personality Stephen A. Smith.

Travis Kelce was involved in a love affair with his ex-girlfriend, Maya Benberry, winner of the show named, “Catching Kelce”. The couple first met on the show and they eventually fell in love. The couple lived together for a couple of months but couldn’t continue their relationship and separated.

One of the renowned faces in the world of football, Travis Kelce was born on October 5, 1989, in Westlake, Ohio. He was born to his father, Ed Kelce, and mother, Donna and grew up with his brother, Jason Kelce, an American football center for "Philadelphia Eagles" of the NFL.

Travis Kelce went to Cleveland Heights High School where he played baseball, wrestling, and football. After completing his primary education, Travis graduated from the University of Cincinnati.

As an intern, Travis played football in his hometown school, Cleveland Heights High School, totaling 2539 yards and was honored with All-Lake League. Thereafter, Kelce played for the University of Cincinnati where he was awarded "College Football Performance Awards"  and "Tight End of the Year Award".

Thereafter, Travis Kelce signed a five-year contract on January 29, 2016, worth $46 million with a contract extension. Later, Kelce rejected on November 6, after he got two ‘unsportsmanlike conduct’ where he was fined $24,309 on November 11. In his professional career, Kelce was awarded two times Pro Bowler and one-time All-pro award and became 3rd tight end along with Tony Gonzalez, a former American football tight end and Jimmy Grahman, football tight end.