Zac Rinaldo is a Canadian professional ice hockey player who plays in the National Hockey League (NHL). As of 2019, Zac Rinaldo currently plays for the Nashville Predators as their Left wing. Previously, Zac Rinaldo has played for  Philadelphia Flyers, Boston Bruins and Arizona Coyotes.

As a Left-wing, Zac Rinaldo reportedly earns around $650,000 as his yearly salary from Nashville Predators. Further, Zac Rinaldo has an estimated net worth of over $2 million. Additionally, he is in a romantic relationship with his girlfriend, Gina Mantas.

According to the reports, Zac Rinaldo is an unmarried man but is in a romantic relationship with his beautiful girlfriend Gina Mantas. Further, the duo has been dating for quite a long time. The duo has been spotted at different places and events together. 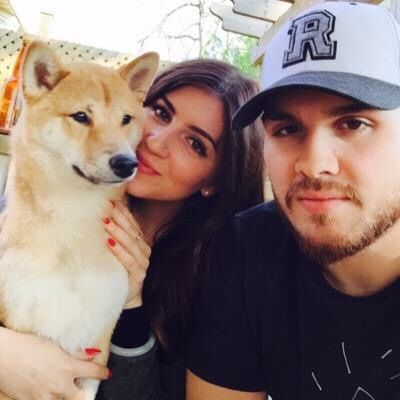 They spend quality time together. Although Zac Rinaldo has not yet proposed his future wife. Being in a relationship for this long time, he will not take much time to propose his future wife either.

Zac Rinaldo also doesn't post many pictures of them online in order to keep their relationship below the limelight. Besides this, the duo is a pet lover.

Zac Rinaldo Net Worth and Salary

Zac Rinaldo was born on June 15, 1990, in Hamilton, Ontario, Canada. However, the details about his parents are still behind the curtains. As per his nationality, he is Canadian and belongs to the White ethnic group.

Further, his star sign is Gemini. He grew up along with his sibling, Sasha Rinaldo. The Famous NHL star is 5 ft 11 inches in height and weighs around 84 kg.

Rinaldo was selected in the 6th round (178th overall) of the 2008 NHL Entry Draft by the Philadelphia Flyers. He signed on August 11, 2009, a three-year entry-level contract with the Flyers. Rinaldo was traded to the Boston Bruins for a 3rd-round draft pick in 2017 after the 2014–15 season.

Rinaldo was suspended by the NHL on March 1, 2016, for five games for an illegal hit delivered to Tampa Bay Lightning forward Cedric Paquette.

Currently, he is playing along with his star teammates such as Pekka Rinne, Roman Josi and many more.