Canadian professional ice hockey player PK Subban currently plays as a defense for the Nashville Predators of the National Hockey League (NHL). He made his NHL debut with the Montreal Canadiens in 2009. He is the winner of 2013 Norris Trophy as the NHL’s top defender.

Born as Subban Randal Subban on May 13, 1989, in Toronto, Ontario, Canada. His nationality is Canadian and he is of Jamaican-Montserratian ethnicity.

His mother’s name is Maria Subban and father’s name is Karl Subban. He grew up with four siblings named Natassia, Natasha, Jordan, and Malcolm.

Your potential is your greatest gift. People saw P.K. skate, shoot, pass, and stick handle, but, most importantly, people saw his potential. When it was time to play, P.K. always had his game face on. 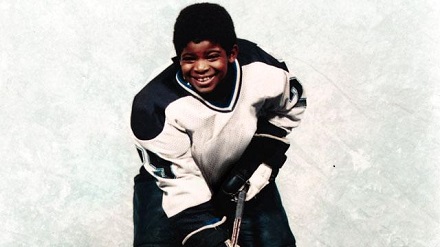 In 1997, little did P.K. know that one day he would be drafted by the Montreal Canadiens. Sometimes, P.K. would forget how to do a drill or leave a piece of equipment at home, but he never forgot to have a little fun.

Net Worth and Charity of P.K. Subban

In addition to the RW-CO deal, Subban's marketing company, P.K.S.S., has landed him several business partnerships including ones with Bridgestone, Gatorade, and Air Canada.

He has a net worth of $23 million and his salary is $9 million/year and he also owns an apartment in Toronto, Canada.

On September 16, 2015, Subban announced a commitment to raise $10 million for the Montreal Children's Hospital by 2022. The hospital called it "the biggest philanthropic commitment by a sports figure in Canadian history.

A Look at the Career of Subban

Subban began his ice hockey career in the Ontario Hockey League (OHL) with the Belleville Bulls. He helped Belleville to the J. Ross Robertson Cup Finals against the Kitchener Rangers, where they lost the OHL title.

In May 2009, two weeks after his last junior game, Subban was signed to a three-year, entry-level contract by the Montreal Canadiens of NHL. He began the 2009–10 season with the Hamilton Bulldogs of AHL.

On April 26, 2010, Subban was recalled from Hamilton during the Canadiens’ first-round Stanley Cup playoff series against the Washington Capitals. He won the 2013 Norris Trophy as the NHL’s top defender. He won two World Junior Championships as a member of Canada’s junior international team. He played for the Canadiens until the 2015-16 season.

In June 2016, he was traded to the Nashville Predators in exchange for defenceman Shea Weber. Since then, he plays as a defense for the Predators. Wherever, Subban plays he will always have a special place in NHL's history with greats like Kyle Turris, Claude Juliane to name a few.

PK Subban has kept his personal life private and out of the spotlight. He usually doesn’t talk about his private life in media and public. He hasn’t mentioned about his affairs publically and has managed to keep it low profile.

There is no any record of his marriage and divorce till now. He has not clarified about his married life, affair, girlfriend, and spouse till the present time. He is currently focusing on his work. According to the records, he is possibly single at the present time.

Off the ice, Subban has a well-known, stylish sense of fashion. He often is seen in designer suits and unique accessories. That appreciation of style has been parlayed into being the spokesman for an RW-CO line of suits.