Youssoufa Moukoko was born on 20th November 2004 in Yaounde, Cameroon. He was born to a German father, Joseph Moukoko, who lived in Hamburg, and he grew up with his grandparents in Cameroon. Talking about Moukoko's physical appearance, he stands five feet and 10 inches tall and weighs 72 kg.

Moukoko's Contract, Net Worth, and Salary

Dortmund striker has an estimated net worth of between $1 Million. Moukoko collected this sum of money as a professional soccer player. He is one of the well-paid players in his club and makes a huge amount through endorsements deals. 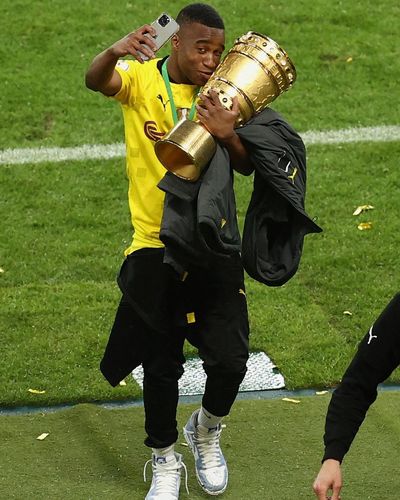 Moukoko is one of the admired players who started his career in 2020 and has collected some decent fortunes to date, and he has been linked with Nike for an advertising contract worth €10 million since 2019.

German striker joined Borussia Dortmund on 29th July 2020, and his contract with the club expires on 30th June 2023.

Who is Moukoko's Girlfriend? (Affair and Relationships)

German Striker Moukoko is a secret person who likes his love life behind the camera, and his dating life is still under the radar as he rarely shares them with his fans.

Neither Moukoko appears with any girls or partners in public. So, it is tough to estimate whether Dortmund's striker is dating or not.

So, Youssoufa Moukoko must be single in 2022 and currently not dating anyone or might be waiting for the right time to flash out to his fans.

As a passionate footballer from a young age, his father brought him to Germany as he lived in Hamburg. As per the source, he grew up with his four siblings where his older brother Borel has played soccer for Schwarz-WeiB Essen since 2019. 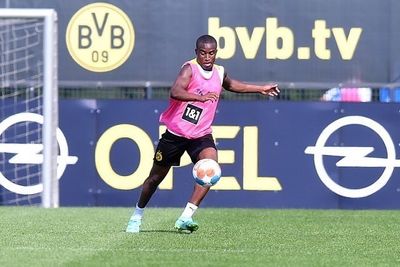 Moukoko played with the German national U16 team from a young age and currently represents the Germany U21 team as he was called up in March 2021. He will have a great career as a young one and will break records in the coming years.