Matthew Hoppe is an American professional soccer player who is currently signed to the Schalke 04 of Bundesliga. Though the Americans have a long history of playing in the Bundesliga, Hoppe is the only record-breaking player who scored a hat-trick in the league.

Yorba Linda, California native, Matthew Hoppe was born on 13th March 2001, under the star sign Pisces. The nineteen years old holds an American nationality and is of white ethnic background. He stands 1.90 m (6 ft 3 in) tall.

Outside football, an athlete earns from sponsorship and endorsement deals. Nevertheless, there is no info about Hoppe's endorsement deal. As of 2021, his net worth is approximately $0.5 million.

When it comes to his personal life, the forward is a quite confidential person. There is less to no information about his love life, not even his relationship status. He may be or may not be dating but one thing is sure he is focused on his football career rather than anything else.

On the other side, he has not been spotted with any lady in the public/media who is assumed to be his girlfriend. There are no reports suggesting his possible affair, thus, he is single.

Pretty famous on socials, the footballer has 49.8k followers on Instagram and 4,695 Followers.

In a league match against Hoffenheim, Hoppe scored a hat-trick and his first senior goals for Schalke, becoming the first American to score a hat-trick in the Bundesliga, and the 4–0 result also meant that the club ended their 30 games winless streak in the league.

Matthew Hoppe was born to Tom and Anna Hoppe. He was raised alongside one brother and one sister. Besides names, there is no other information about his family members but Matthew often features his family pictures here and there on his official socials. 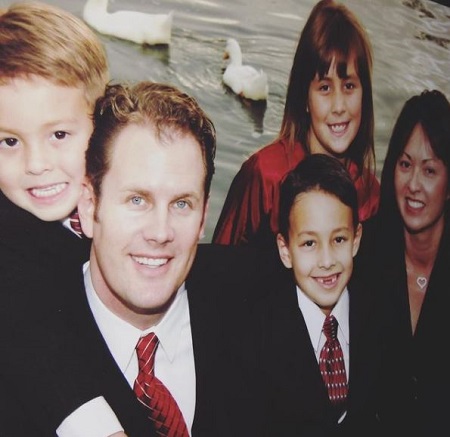 Additionally, his academic qualification is under review but he might be a high school graduate.