All-conference honoree, Younghoe Yoo is a South Korean player who plays American football for the Atlanta Falcons of the NFL. Before joining the Falcons, he played for the Atlanta Legends of the AAF.

The 25-year old American football player accumulates a significant portion of wealth from being a professional football player. Koo has an estimated net worth of $0.2 million as of 2020. Younhoe raked in $109,412 in cash in 2017 when he signed with the Los Angeles Chargers.

Is Koo married, single or in a relationship?

Koo's girlfriend Ava isn't famous among his fans, though. Her social media outlet, like Instagram, is kept private. 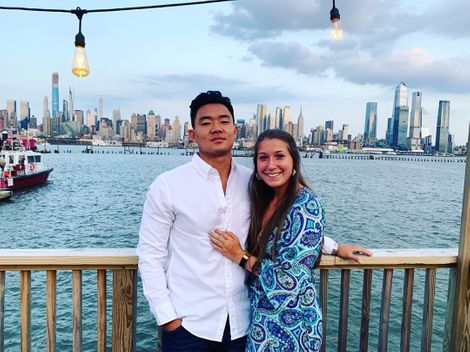 Koo once made a crude remark in public saying that his girlfriend Ava doesn't know who he is or what accent he has. But Koo said that he is accustomed to adapting changes that come to his way. Being in a different culture, he picked up everything along the way. Koo further added, "I don’t notice it, but when I went to New Jersey and I’m saying ‘yes ma’am’ and ‘no ma’am,’ I know it’s been a fun journey.”

Younghoe Koo was born in Seoul, South Korea, to Seungmae Choi and Hyunseo Koo. Koo's father was a university professor in Seoul, and his mother worked as a nurse in the US.

Younghoe started playing football from an early age. He moved to the United States in his teens to live with his mother in New Jersey. There he attended sixth grade. Enrolled at Georgia Southern Univesity, he played for the Georgia Southern Eagles. During his final season, he earned the title of first-team all-conference honors in the Sun Belt Conference.

Signed to Los Angeles Chargers in 2017 as an undrafted free agent, Koo began his professional career as a starter and became one of four South Korean players to be featured in NFL history. However, Chargers head coach replaced him with Nick Novak following their week four loss.

Frank Schwab of Yahoo Sports wrote that the winless Chargers were "using [Koo] as a scapegoat." 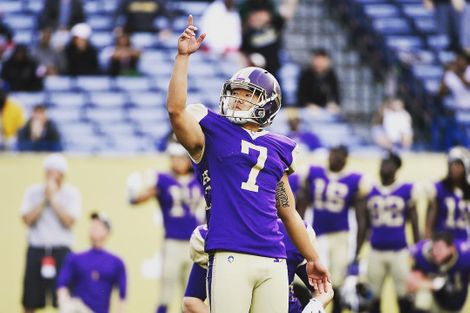 Koo after a win in Atlanta SOURCE: Instagram @kooyounghoe

Atlanta Legends signed Koo on January 14, 2019. Following the defeat against Memphis Express in February, he was named AAF Special Teams Player of the Week.

During his four-year career with the Eagles, Koo was successful on converting 19 of 20 field-goal attempts, setting a record at 88.6 percent. Koo showed off his skills when he was successful in scoring a career-long 53-yard field goal in 2016.

He was named the NFC Special Teams Player of the Week twice for his performance. Koo was named a finalist for the Lou Groza Award, given annually to the best college kicker in the nation.