Yevhen Konoplyanka is a professional football player who plays as a left-winger from Ukraine national team and KS Cracovia football club. Cracovia competes in a Polish football league and is the first Polish champion. He also loves to play from right-winger and attacking midfield.

Yevhen has won 80 caps for Ukraine and has scored 21 goals playing for Ukraine. He is a three times Ukrainian Footballer of 2010, 2012, and 2013. Two times Ukrainian Premier Leagues' best player. He has also won the UEFA Europa League 2015/16 season with Sevilla.

Who is Yevhen Konoplyanka?

Yevhen Olehovych Konoplyanka, basically known as Yevhen Konoplyanka, was born on Kirovohard, Ukrainian SSR, the Soviet Union, on the date September 29, 1989. His childhood and educational information are under the wraps to date. His father name is Oleg Konoplyanka and his mother name is Nataliia Konoplyanka. 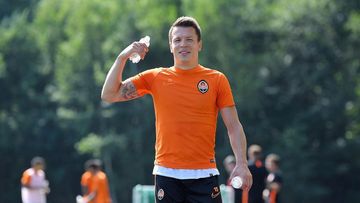 His parents hold Ukrainian nationality. He also has one sister named Tetiana Konoplyanka. Other information regarding his family is not available as of now. According to astrologers, the Konoplyanka horoscope is Libra.

Yevhen Konoplyanka is quite tall and stands 5 feet 9 inches tall. And he weighs 64 kg. He is a fit athlete and motivates others to remain fit as well.

His hair is blonde in color, and he has brown colored eyes.

Konoplyanka started his career when he was thirteen and has played for several clubs in different leagues. He was in peak when he used to play for Sevilla in one of Europe's top league Spanish league Laliga. At that time, he has the highest market value of 25M Euro. 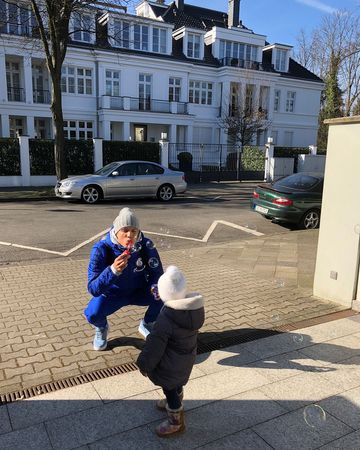 Yevhen with his daughter in front of his house SOURCE: [email protected]

Currently, his market value is 1.5M Euro. He has earned an enormous amount of money playing football. His salary playing for polish club Cracovia is 2,400 euro weekly, and up to 124,800 euro yearly.

He has a net worth of $3M. He is spending his excellent time in Ukraine in his own house. He also owns multiple luxurious cars. His contract with Cracovia will expire on June 30, 2022. According to sources, Cracovia is likely to increase the contract with Mr. Konoplyanka.

Yevhen Konoplyanka is a married guy. He is married to a Ukrainian girl, Viktoria Konoplyanka. Viktoria is a model by profession. They are in a long-time relationship. 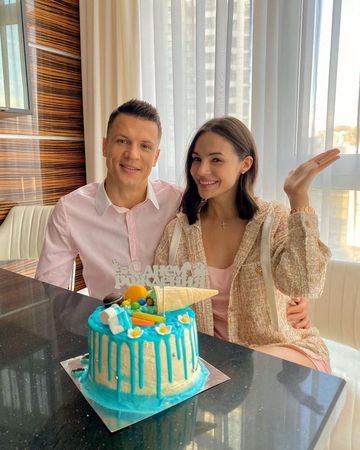 This beautiful couple is also blessed with a lovely daughter. Her name is Zlata Knoplyanka, and she is seven years old as of 2022. Konoplyanka loves to enjoy his leisure time with his family and frequently post his family picture on Instagram.

Yevhen Konoplyanka is probably the most famous social media personality. He's the ideal celebrity footballer. He routinely publishes several personal photographs and videos to engage with his large fan following.