Yeferson Julio Soteldo Martinez, better known as Yeferson Soteldo is a Venezuelan professional footballer who is signed to MLS club Toronto FC and the Venezuela national team. The winger previously played for Zamora (2013-2016), Huachipato (2017-2018), and Santos (2019-2021).

It's been eight years that Yeferson Soteldo has turned professional. In these years, he has earned a good deal of money. However, his salary history is yet to disclose to the public.

Currently, Toronto FC' No. 30 Winger, Yeferson Soteldo has an annual salary of $1 million.

His current market value is €8 million, updated on 9th July 2021. His highest market value to date is recorded at €10 million back in November 2019. A New Balance athlete, Soteldo has an estimated net worth of $1 million.

Yeferson Soteldo is married to Elianny Jimenez. The couple tied the knot In December 2019, in an intimate wedding ceremony at Barinas, Barinas. They are blessed with three children already. 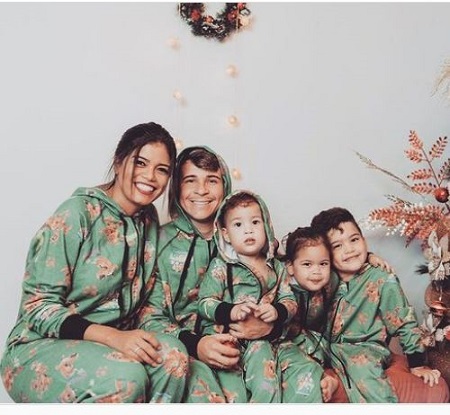 Mr. Soteldo often posts his adorable family pictures on his Instagram where he has 745k followers as of July 2021. On the contrary, Mrs. Soteldo is a private person. She has set her IG private.

In 2013, Soteldo signed to Zamora, making his first-team and Primera Division debut on 16th September 2013, coming on as a late substitute for Jhon Murillo in a 0–0 home draw against Atletico Venezuela.

On 28th January 2015, he scored his first professional goal, netting the opener in a 4–2 home win against Carabobo FC.

On 20 December 2016, Soteldo moved to Chilean Primera Division side Huachipato. On 17th February, he made his debut abroad, replacing Leonardo Povea in a 2–1 home success over Universidad de Chile. On 22nd July 2017, Soteldo scored his first goal abroad, scoring his team's third in a 4–0 home routing of Deportes Valdivia, for the year's Copa Chile.

He spent the 2018 season with Universidad de Chile.

On 19th January 2016, Soteldo earned his first call from the Venezuela national team for a friendly against Costa Rica. On 2nd February, he made his full international debut, playing the full 90 minutes in the 1–0 win in Barinas. For the 2019 Copa America, he was initially out of Rafael Dudamel's final 23-man list but was called up on 8 June to replace injured Adalberto Penaranda.