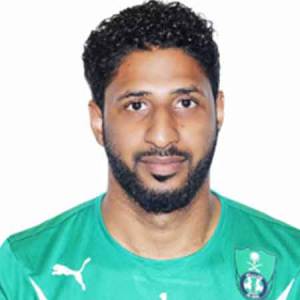 Yasser Abdullah Al-Mosailem, commonly known as Yasser Al-Mosailem is a Saudi Arabian international footballer currently playing in a Pro League side Al-Ahli as a goalkeeper. Since 2007, the player has been in the Saudi Arabia national team and has 32 caps.

Yasser Al-Mosailem is a native of Al-Ahsa, Saudi Arabia who was born on 27th February 1984. His birth sign is Pisces. By nationality, he is a Saudi Arabian and he belongs to Arabic ethnicity.

Al-Mosailem started playing football with his hometown professional association football club, Hajer. After spending some years, he switched to Al-Ahli.

Currently, Al-Mosailem gets paid around $400,000 annually as his salary. Apart from his club earning, he also adds to his account through sponsorship, endorsement, and salary from the national team.

As of 2018, his exact figure of net worth is under review.

An academic product of Al-Ahli, Al-Mosailem was promoted to the senior team of the club in 2005. With the club he has won ten titles:

In 2007, Al-Mosailem earned his first call-up to the Saudi Arabia national team.

In May 2018, he was named in Saudi Arabia’s squad along with his teammates Abdullah Al-Mayouf,  Mansoor Al-Harbi, and Salman Al-Faraj for the 2018 World Cup in Russia.

Yasser Al Mosailem, 34, is a quite confidential person when it comes to private life. The player has not disclosed any information related to his love life, not even his relationship status. Though Al-Mosailem actively appears on social sites such as Instagram and Twitter, he has not shared any picture with lady nor has been spotted with a lady in public who can be assumed as his possible girlfriend.

As per record, he might be single and unmarried.