Yairo Moreno is a professional football player from Necocli, Colombia, who plays for Liga MX club Leon and the Colombia national team. He plays mainly as a winger and left-back wearing jersey number 19 in his club.

Apart from playing in his leading position, Moreno can also take the Left Winger and Left Midfield role. More to this, Moreno is one of the most eminent Colombian footballers who has been representing the national squad since 2015. Also, he is an essential player in his club and was a part of the team that won the title of Liga MX: Guardianes in 2020.

Moreno has been playing football for quite a while now. So, it is believed that he has accumulated a decent amount of cash from his profession. Looking at his career earnings, we can say that Moreno has a net worth of more than $100,000. 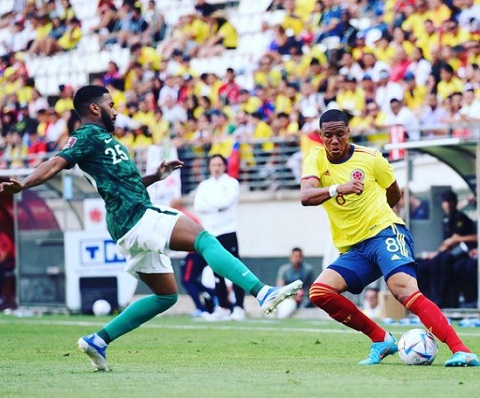 Moreno has a professional deal with CD Leon, which he joined in 2018 with a massive deal of €2.12 million. So, he currently earns £6,000 as his weekly wage and £312,000 per annum. Joel Campbell is the highest-earning player on the team.

Likewise, Moreno has already been a part of other clubs. Due to that, his current market value is €4.50 million. His highest value was recorded on December 18, 2020, €8.50 million. And he also has a deal with Nike.

Does Yairo Moreno Have a Girlfriend?

No, Yairo Moreno does not have a girlfriend. He is currently single and is enjoying a solitary life to the fullest. None of his Instagram posts suggests that the footballer has a romantic affair with ladies.

So, we can be clear that Moreno is a single guy who is primarily busy with his professional life. Like another Colombian footballer, Victor Cantillo, Moreno also keeps his matters far from the people's eyes.

Due to his private nature, it becomes more challenging to know about his love affair. But his social media posts show that he is a friendly person who has a good time with his friends and family during his spare time.

Moreno was interested in pursuing a football career from an early age. So, his football career began after joining the youth team of Independiente Medellin. And in 2014, he started to play with their senior team. He played until 2018 and scored 11 goals in 40 matches.

In 2012, Moreno also played on loan with La Equidad in 19 matches. He was again loaned to Envigado in 2016 and appeared in 32 games scoring seven goals. In 2018, he joined Leon and had been playing for them. But for a season, Moreno played in 25 games netting three goals with Pachuca.

Besides, Moreno is also a national football player for the Colombia national team. Moreno made his debut for the senior squad on September 6, 2019, while playing against Brazil.

Moreno was born Yairo Yesid Moreno Berrio on April 4, 1995 in Necocli, Colombia. His parents raised Moreno in Necocli. His father is Alfonso Moreno. He is a private guy who has not given much info about his family background. 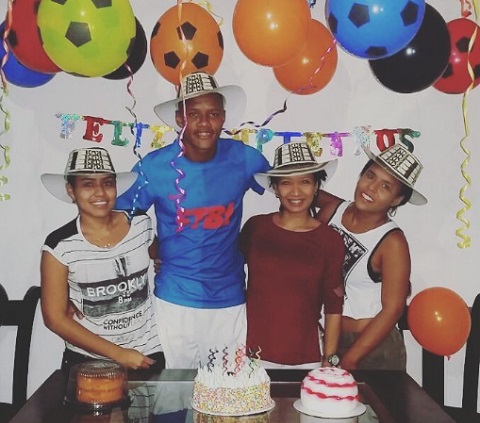 Yairo Moreno with his loved ones SOURCE: Instagram @yy.11.moreno/?

But Moreno's social media posts show that he has a strong bond with his mother, which he often features on IG.