Willie Gay is an American football linebacker currently signed to the Kansas City Chiefs of the National Football League (NFL). He finished his collegiate career at Mississippi State and was picked by the Chiefs with the 63rd overall selection in the 2020 NFL Draft.

Starkville, Mississippi native, Willi Gay was born on 15th February 1998, under the star sign. The twenty-three years old holds an American nationality and is of afro-American ethnic bacground. He stands 6 ft 1 in (1.85 m) tall and weighs 243 lb (110 kg).

How Much Is Willie Gay's Net Worth In 2021? Salary & Contract 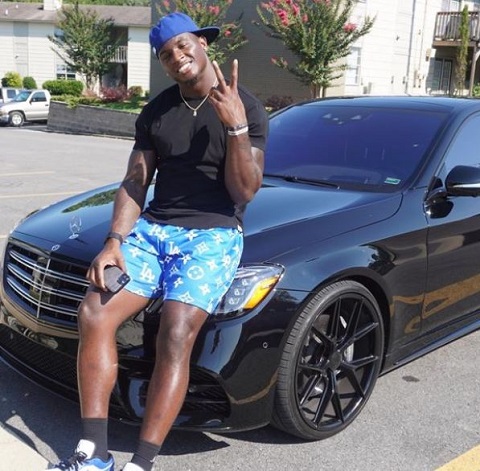 With a million-dollar contract, Gay is a millionaire at the age of twenty-three.

Willie Gay is the Son of Bridgett and Willie Gay Sr. His mother nicknamed Gay “Chip” claiming he is as sweet as a chocolate chip.

Willie Gay has maintained his love life low-key. There is no information regarding his past. present affair in the media. Also, his Instagram only features his football photos.

During his junior season in 2019, Gay played in only five games, missing eight due to suspension.

Forgoing his senior season, Gay entered the 2020 NFL Draft. During his collegiate career, he had 99 tackles, six sacks, three interceptions and a touchdown.

In the 2020 NFL Draft, Gay was selected by the Kansas City Chiefs in the second round with the 63rd overall pick. He joined the team alongside Tyreek Hill and Chad Henne.

In Week 5, he recorded his first career sack on Derek Carr during the 32–40 loss against the Las Vegas Raiders.

On 6th February 2021, he was named on the injured list, forcing him to miss Super Bowl LV. On 9th October, he made his comeback.