Will Richardson is a basketball player who currently plays for the Oregon Ducks in the Pac-12 Conference league. He wears the No. 0 Jersey with Ducks and was committed with them in 2018. During his freshman season at Oregon, he averaged 11 points and 3.7 rebounds in his sophomore season. He led the Pac-12 Conference in 3 point field goal percentage.

Will was a four-star recruit and ranked Number 38 of his class by ESPN. In 2018, he was one of the players to play in the Jordan Brand Classic. In his high school, he led his team to the Class 4A state championship, averaging massive 31.4 points and 8.6 rebounds per game. For such performance, he was even named Region Player of the Year.

Will Richardson was born on September 3, 1999, in Hinesville, Georgia, United States. He is an American nationality and of African-American ethnicity. According to the astrologers, his zodiac sign is Aries, and currently resides in Oregon, USA. 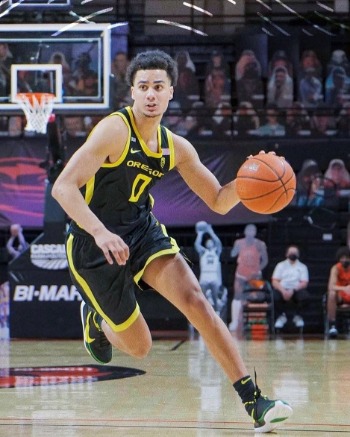 The Ducks Number 0  does not come from a renowned family and has never revealed their information. Background information regarding Will's family background is still under the radar. But, Will was a talented kid since his childhood and was into basketball from a young age.

The Oregon Ducks point guard went to Bradwell Institute for his high school and played basketball. He later transferred to Liberty County High School where he played along with Richard LeCounte and Davion Mitchell. He recorded 55 points and 14 rebounds against Bradwell Institute which was a school's record.

For his senior season, he transferred to Oak Hill Academy in the Mouth of Wilson, Virginia, and even played Jordan Brand Classic. For his college, he committed to Oregon.

How much is W. Richardson paid as a college player?

Will Richardson has an estimated net worth of less than $100,000. It includes all his assets, income, real estate, etc. As he has never talked about his wealth and there are no official statements regarding his net worth. However, we can guess, his monetary worth is more than an average 22-year-old.

Read about:- How Much Is Liam Hendriks' Net Worth In 2021? Salary & Contract 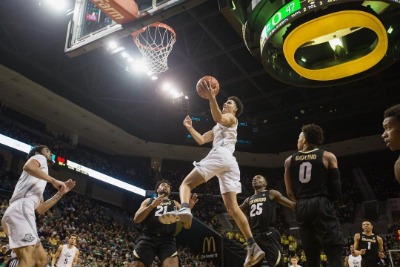 Besides, in America, college athletes are not paid as per rules. The college will provide all the financial help to play for them. But there is no provision for paying college basketball players.

Is Will Rich Dating?

The Oregon Ducks shooting guard is very much private about his love life. He has not shared a word about his girlfriend. The player is an active social media user, and following his timelines, it seems like he is single as of 2021.

Read about:- Who is Wander Franco's Girlfriend?