Perth, Western Australia native, Liam Hendriks was born on 10th February 1989, under the star sign Aquarius. The thirty-years old holds an Austalian nationality and is of mixed ethnic background. He is the son of Geoff Hendriks and Debbie Hendriks.

How Much Is Liam Hendriks' Net Worth In 2021? Salary & Contract

The following season, he agreed for a 1 year $500k contract with Minnesota.

As of 2021, Liam Hendrik's net worth is $10 million. No doubt, the pitcher is living a lavish lifestyle but has kept it low key. His real estate portfolio is yet to be public.

Liam Hendriks is married to Kristi Hendricks, a Toronto native.

His wife, Kristi is a fashion designer who is the proprietor of For the Field Apparel, an online business.

It's unknown when the two started dating but Hendrinks went down on knee on 2nd Feburary 2012.

Kristi said, "My wedding was magical. Everything that dreams are made up to be! I spent 20 long months planning our incredible wedding. I know you are thinking, wow 20 months- that’s a long time!- and yes it was! Trust me- I know!" 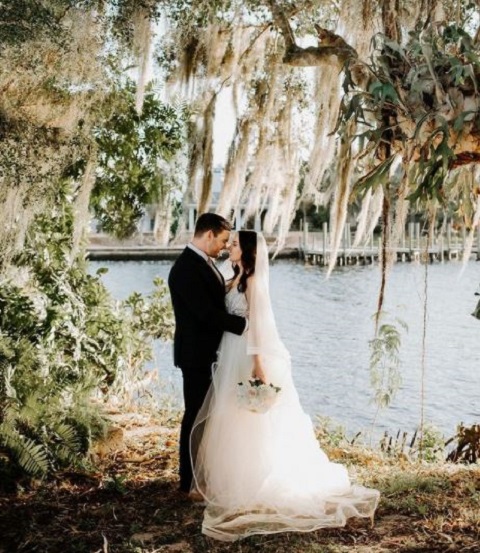 The couple tied the knot in November of 2013 in the Hyatt Regency Coconut Point Resort and Spa in Bonita Springs Florida.

Though the duo is in different career path they have same taste in sports. Both Mr. and Mrs. Hendriks are avid Montreal Canadiens fans.

As of 2021, it's been eight years that Liam and Kristi married but there is no any news about welcoming baby.

Besides, Hendriks is active on Instagram with 44.7k followers as of November 2021. He often shares pictures with his wife and never forgets to give shoutout on any ocassion.

At the age of 5, Hendriks started playing tee-ball and later baseball at the age of ten. Also, he played Australian rules football. He played both baseball and football through high school at Sacred Heart College, Sorrento.

His paternal grandparents immigrated to Australia from the Netherlands. His father, Geoff Hendriks is a former professional footballer who played over 150 games of senior football for the West Perth Football Club in the West Australian Football League (WAFL).

In 2007, Hendriks made his debut for Minnesota Twins pitching for the Gulf Coast League Twins.

The following season, he pitched for the Perth Heat in the 2008 Claxton Shield which went 3–0 with a 1.90 ERA and 25 strikeouts. The same season, he was added to the Australian national team for the Final Olympic Qualification Tournament. He pitched five innings of work while only allowing one unearned run alongside two hits and a walk while striking out six.

In 2009, he played for the Class-A Beloit Snappers of the Midwest League and the Rookie-Level Elizabethton Twins of the Appalachian League. He spent the 2011 season with Triple-A Rochester.

For 2012, Hendrick was named as one of the Twins' starting pitchers. On 19th September 2012, he tasted first Major League victory in a 6–4 win against the Cleveland Indians.
On 5th December 2013, Twins designated him  assignment after the signing of pitcher Phil Hughes.

On 21st February 2014, the Toronto Blue Jays claimed Hendriks off waivers. On 23rd May 2014, he made his Blue Jays debut, picking up a 3–2 win over the Oakland Athletics.

On 28th July 2014, Hendrick was traded to the Kansas City Royals along with Erik Kratz in exchange for Danny Valencia. On 24th October 2014, he was designated for assignment.

On 30 October 2014, Hendriks was traded back to his former team, the Blue Jays.

On 11th January 2021,  Hendriks signed a three-year deal with Chicago White Sox. In May, he was named the AL Reliever of the Month.