Who is Zion Williamson currently Dating? Know about his Girlfriend and Family 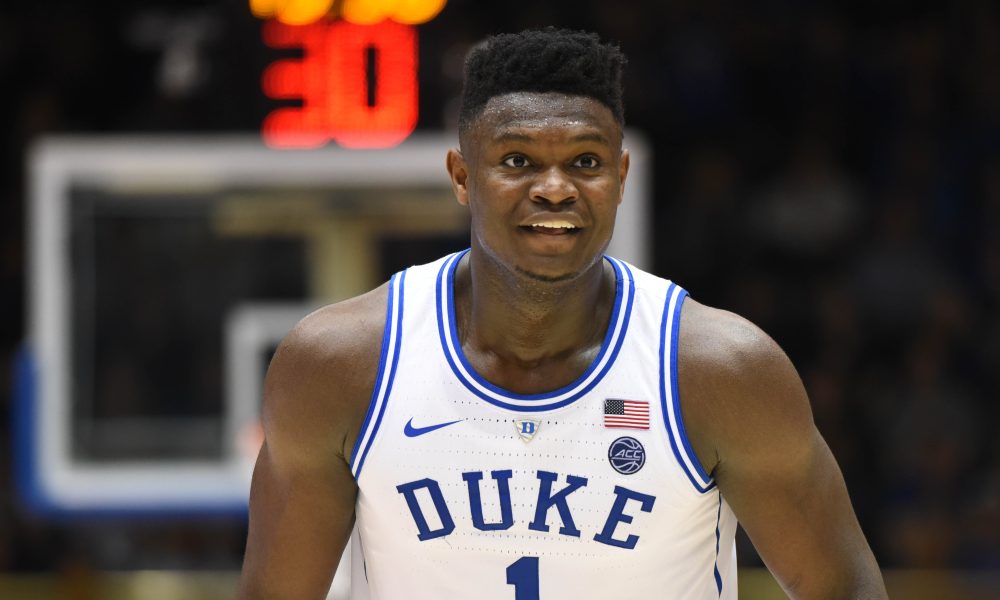 Zion Williamson, an American college basketball player for the Duke Blue Devils of the Atlantic Coast Conference, is projected to be the 1st overall pick in the 2019 NBA Draft. Ranked among the top 5 players in the 2018 class along with his Duke teammates RJ Barrett and Cameron Reddish, is also considered one of the best high school dunkers in history.

Williamson, who has been able to draw the attention of all NBA teams and basketball fans with his recent activity, is not married but rumored to be dating his girlfriend. So, who is his girlfriend? All the details about his relationship and family.

Who is Zion Williamson currently Dating?

Aged 18 and unmarried till date, Zion Williamson, however, is dating his girlfriend Tiana White. Tiana is his high school sweetheart and the couple has been dating each other since their early college days.

Currently, his girlfriend Tiana is in her senior year, and she'll graduate this year, i.e. 2019, from Spartanburg Day School. She is currently the member of the cheerleading squad, on the Volleyball team, and on the track and field team.

Who is Tiana White?

Currently the girlfriend of College Basketball star, Tiana White was born in South Carolina and currently attends Spartanburg Day School. She will graduate in 2019 and is in her senior year.

Her boyfriend Zion also attended the same high school and currently is enrolled at Duke University where he is the star member of the basketball team.

Zion Williamson was born on July 6, 2000, to father Lateef Williamson and mother Sharonda Sampson. He also has a brother named Noah Williamson.

His father played professional football as a defensive lineman, while his mother was a pro sprinter. Born in an athletic family, Williamson learned basketball from his mother, at an early age. Later, Williamson trained with his stepfather to improve his skills as a point guard.