Gossip Who is Myles Garrett Girlfriend? Myles Hospitalized For Car Crash After Practice on Monday

Who is Myles Garrett Girlfriend? Myles Hospitalized For Car Crash After Practice on Monday

Life sure is uncertain with the grand retrospect, as Myles Garrett and his mystery lady experienced a car crash and found a new appreciation for their lives. Thankfully, Garrett and the girl accompanying him in his Porsche 911 Turbo S only sustained non-lethal injuries in the crash in late September 2022. After the car accident, Myles was benched by The Cleveland Browns in their match against the Atlanta Falcons due to his injuries.

Over the weeks, the talented NFL star recovered relatively well from the crash. And the 26-year-old Garrett might be returning to the field after a full recovery very soon, given his recent post on Instagram. Yet, the details about the woman with the Defensive end of the Cleveland Browns during the crash stays a mystery. And many fans think the woman was Garrett's girlfriend, Serra Tumay.

Myles Garrett Crashed His $200k Porsche 911 Turbo S To Save An Animal!

On September 26, 2022, NFL athlete Myles Garrett suffered a car accident. Thankfully, the defensive end player gained only some minor injuries. And on an interview, Garrett revealed that he crashed trying to avoid hitting a wild animal while returning home from practice in Berea, Ohio. 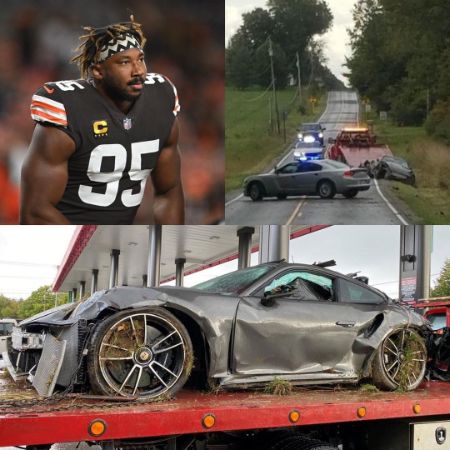 Although Myles may have lost a car, almost $210k worth, he walked out of the crash relatively uninjured. Yes, Garrett crashed his Porsche 911 Turbo S to save an animal. The said car is sold at $207,000 in the United States, and Myles chose to protect the wildlife instead of running it over.

Garrett did what he thought was right at the moment. However, the NFL pro athlete was speeding at the time. Myles drove at 65 miles when the speed limit was 45. Similarly, he had a passenger during his ride back home. But, the identity of the said woman with Garrett remains hidden from the public.

Garrett and his health update

Although Myles Garrett didn't suffer lethal injuries from the accident, the damages were substantial enough for him to miss a few matches. Likewise, Garrett suffered a shoulder sprain, a biceps strain, and lacerations in the car crash on Monday, September 26th.

After going through tests and gaining all clear from the hospital on the same day, Cleveland Browns provided medical care for the NFL star. And though he likes to keep his private life away from the fans, his recovery is coming along well. Well, for now, all we can do is wish Myles a speedy recovery.

Who was the mystery woman with Myles Garrett during the crash? Was that his Girlfriend, Serra Tumay?

Myles Garrett crashed his car a few weeks ago, and his recovery from the accident is progressing relatively well. However, he wasn't alone in the vehicle during the incident; a mystery woman accompanied him during his return from practice. And the said lady stays away from the limelight and remains in the minds of many fans following the car crash. 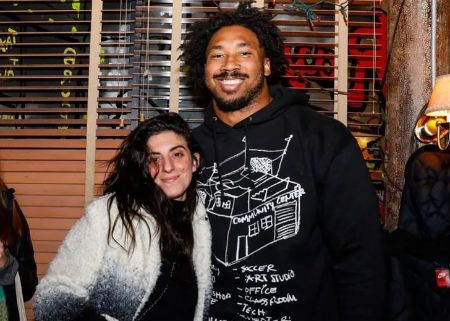 After the crash, the mystery lady suffered non-lethal injuries like the NFL star. Besides a few scratches, the elusive woman suffered minor head injuries, according to online sources. After Myles was released from the hospital, he held a media conference and addressed his recovery and the accident, but he kept his passenger at them out of the limelight. And the fans have theorized that the woman in question is Garrett's girlfriend, Serra Tumay.

And the mysterious persona of the lady fits her character as Serra enjoys her privacy. Similarly, much about Myles' partner stays hidden from the public. As such, aside from her name and career, Tumay's personal life remains hidden from the many eyes locked on her. Likewise, Serra works as the head of nutrition at Aston Villa FC!

Garrett and his Squeez Like their lives away from the spotlight! 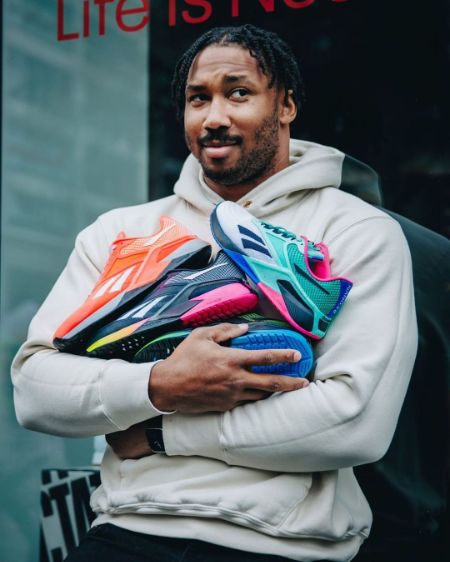 Garrett and his partner, Serra, keep their love story a secret. So it remains unclear exactly when the duo started dating, but throughout the relationship, Myles remained away from any scandals or rumors connecting him with another woman.