Gossip Who is Luka Doncic Dating? Know About His Girlfriend and Relationship Status

Who is Luka Doncic Dating? Know About His Girlfriend and Relationship Status

The love life of an athlete is never dull, so fans also love following their personal life. And Luka Doncic's personal life has been at the forefront of the spotlight. Doncic and his partner both work jobs that require them to be in the limelight. And so, Luka's fans knew about his love connection since the day he came to fame.

Speaking of fame, Doncic was in the spotlight from a very young age. Luka started his career in basketball at the tender age of eight. And then, by thirteen, Doncic joined the Real Madrid Baloncesto. The Slovenian's girlfriend stayed by his side throughout his adventure as a basketball player.

Like many romance movies and books, Luka Doncic and his partner met at a young age. The Slovenian basketball player dated Anamaria Goltes for years. According to many sources, Luka and his squeeze first met at twelve by the seaside in Croatia. 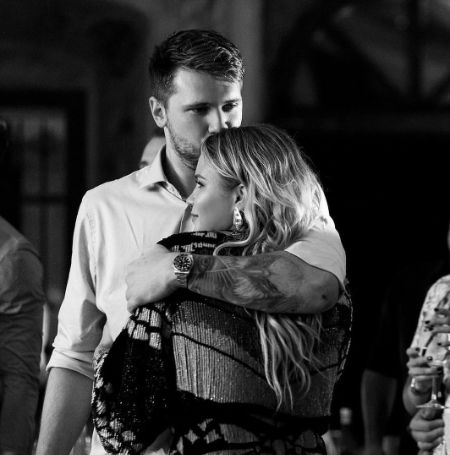 Over the years, Doncic and his girlfriend faced many ups and downs. With years in as boyfriend and girlfriend, Luka and Anamaria did break up in the past. And when the basketball player moved to the United States, they tried a long-distance relationship but later decided to break up.

And when International Management Group scouted Goltes, she found a way to be next to Luka again. After she came to the USA, Anamaria and the basketball player started dating again! However, life wasn't always smooth for the couple.

Luka and Anamaria broke up after a massive argument in 2018!

Luka Doncic and Anamaria Goltes split in 2018 when things became too much to bare for the pair. However, the couple, Luka and Anamaria, kept the details about their breakup away from the fans. 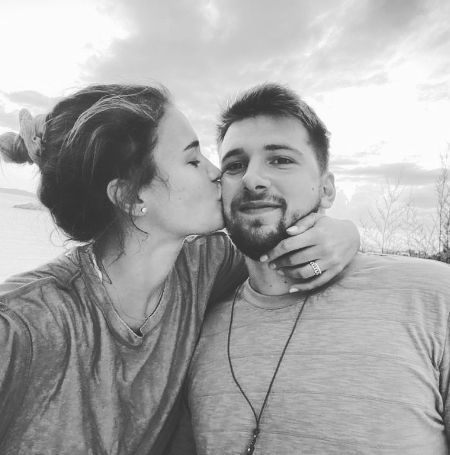 At the time, Doncic had begun his career in the NBA team. The Slovenian joined the NBA team Dallas Mavericks in 2018. However, it was Atlanta Hawks that initially drafted him to their team. Luka gave his career the main priority at the time and kept his love life away from his mind.

As the universe wanted them to be together, Doncic and Goltes later patched things up. And since then, the love birds have stayed together. Over the years, Luka and Anamaria appeared reasonably on each other's Instagram and social media posts.

Will Luka propose to his long-time girlfriend's hand in marriage?

Despite sharing many years in a relationship, Luka Doncic and Anamaria Goltes haven't taken the next step. Likewise, they appear to be on and off at times. But, ultimately, Luka and Anamaria, his girlfriend, come back to each other.

And now, the next step in their relationship is engagement and marriage. However, the NBA star keeps his plans about them away from the media and his fans. Every year, their love for one another grows like their age, so will Luka propose to Anamaria's hand in marriage? Only time can tell now, and Doncic's fans keep a close eye on his and Goltes' social media.

Anamaria Goltes thrives in the spotlight!

Most girlfriends of famous athletes either like the limelight or loathe it. There's no in-between. But Anamaria Goltes, the long-time lover of NBA star Luka Doncic, thrives in the spotlight. Goltes came to notoriety as a model before her fans knew about her love life. 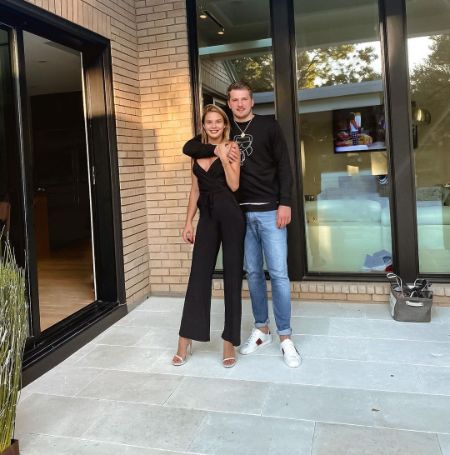 Luka Doncic and Anamaria Goltes took a picture while holding each other in their arms. SOURCE: [email protected]

Anamaria has years of experience as a model, so she became accustomed to fame. The Slovenian model started her profession during college. And by 2020, Anamaria signed under Immortal Model Managements and Campbell Models.

Between Goltes and Doncic, the NBA star's girl is older than him. Born in Zagorje ob Savi, Slovenia, on April 30th, 1998, Anamaria is one year old than her boyfriend. Likewise, Luka took his first breath in Ljubljana, Slovenia, on February 28th, 1999.

Yes, Anamaria and her boyfriend, Luka, live their lives in the spotlight. However, they do enjoy their time away from the public view. Similarly, the loving couple refrains from sharing about their past affairs. As such, the names of both Doncic and Goltes ex-lovers remain hidden. So, aside from one another, Anamaria and Luka's past relationship remains secret.